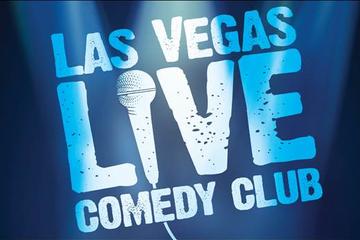 We may earn money or products from the companies mentioned in this post.

Apart from the adult show and magic show, the Sin City is great place to enjoy the live comedy Show. Las Vegas is not only home of renowned magician but also the city is home of some stand-up comedian. The comedy show is extremely popular and people from all over the globe come to the city to enjoy some popular comedy shows. So in this article, we are describing top five hilarious comedy shows in Las Vegas.

This is an offbeat comedy show, which you will love to see. The show is filled with music, raunchy jokes and plenty of audience interaction. With unmatched skill, Carrot uses various stage props proficiently and makes fun of their conventional use or offering a new use for familiar tools, mixing all of that with some of the funniest comic remarks you will ever hear. This is the show, which you should not miss.

The winner of prestigious America’s got talent, Terry Fator is a Ventriloquist – he performs with dolls without opening his mouth. The best thing is that, his puppets not only talk but they also sing like Elvis Presley, Cher, Louis Armstrong, Lady Gaga and even Kermit the Frog, and we would say, sometimes they sing better than the original! Is it not amazing? 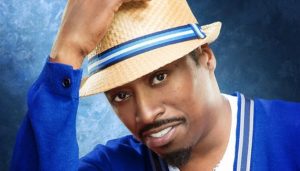 If you have courage to face raunchy adult jokes then the show is for you. The skill and gesture of Eddie takes the audience to the plethora of laughter.  Eddie Griffin’s humor is highly adult, and he doesn’t hold anything back. He performs throughout 120 minutes and make your ribs hurt with laughter.

Sex Tips for Straight Women from A Gay Man:

This is an offbeat comedy show! But we want to assure that you will love it.In the show you will discover true enlightenment Sex Tips for Straight Women from a Gay Man. Is it not unusual? Yes, this is a hilarious show; here you will see how to please your partner when and wherever the mood strikes you. 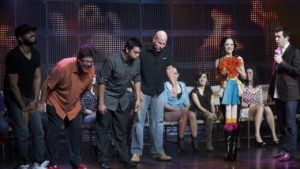 If you want to realize the power of hypnosis then Marc Savard Comedy Hypnosis is for you. The show is filled with some raw, adult, and razor sharp humors that make your ribs hurt with laughter. Marc hypnotized the live audience diligently; in brief the show is not for the modest at heart or those who get easily offended! Otherwise, two thumbs up for the show!