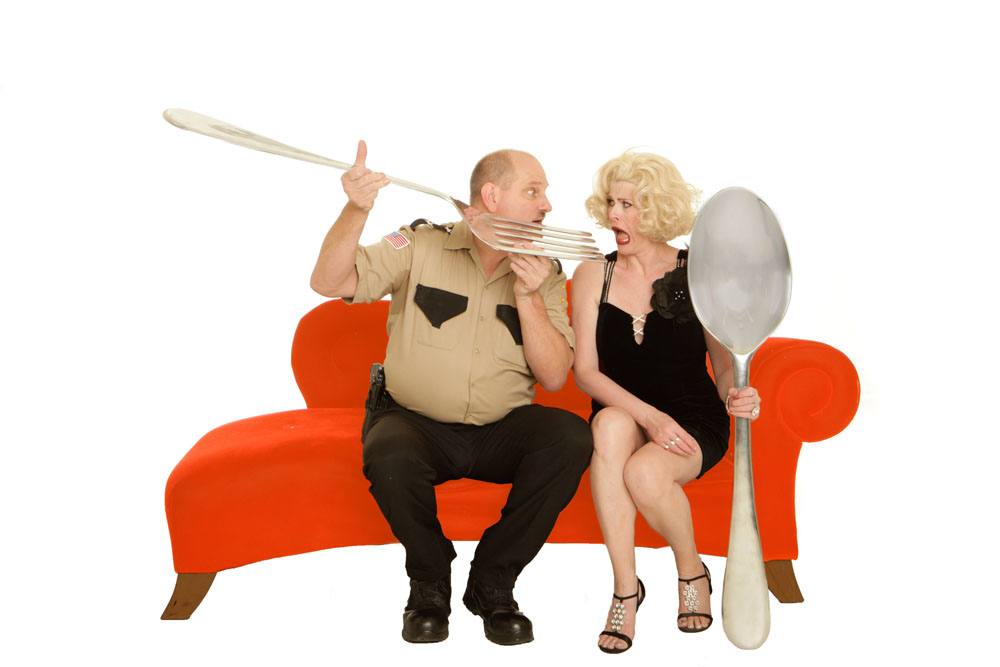 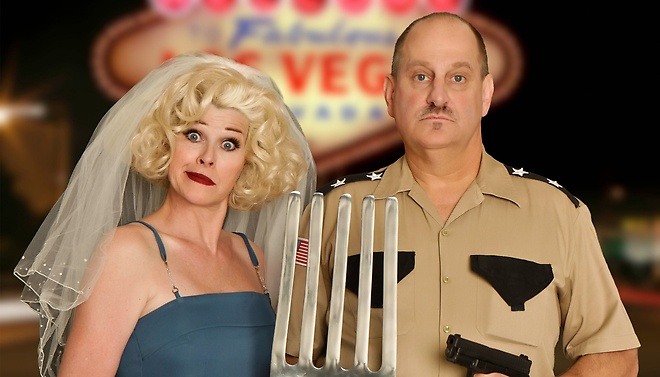 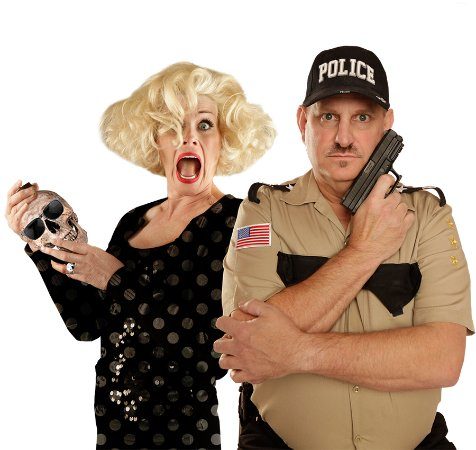 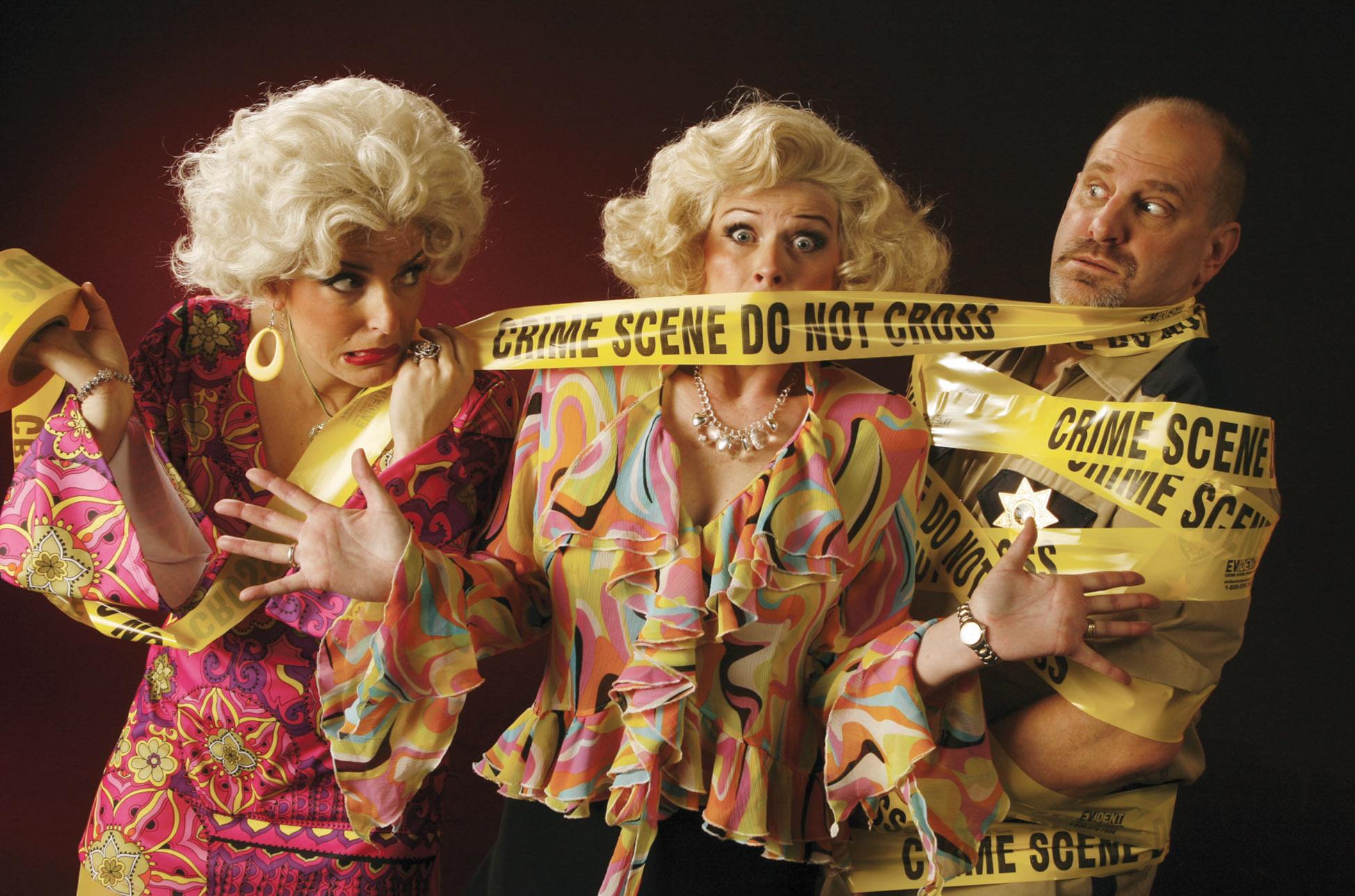 .Marriage Can Be Murder Vegas Show

Marriage can be Murder! Yes, it is a hilarious and award winning comedy and production show which is entertaining the crowd since 1999. The show is all about murder-mystery which remains secret at the eleventh hour of the show. The concept of the show is fresh and not copied from anywhere. The main cast consists of a police officer and his ditzy assistance that carry the story line in a tongue-in-cheek manner that keeps the audience laughing throughout the three course meal.

The show was created by husband and wife team Eric and Jayne Post nearly 20 years ago and first ran at the local restaurant The Egg and I for over ten years.

Marriage can be murder is the longest running show in the Sin City. From the past two decades the show is receiving overwhelming appreciation from the crowd of Vegas. Since inception in 1999, this hilarious show of wit and intrigue will have you thinking you are a pawn in a real life game of Clue. Currently now the show is organized at Fitzgerald’s Hotel and Casino, which is the perfect place, for this outstanding two hour dinner show.

Murder can be marriage is filled with comedy, mystery and song which keep the visitors engaged during the 120 minutes. The writer of the show, who directs the show and also work as a lead role in the show. Many of the actors are planted in the unsuspecting audience to enhance the overall experience of the show’s unique qualities of comedy, mystery and murder. Guests that show up early are included most often in the four murder mystery skits that will be performed during the dinner show. Guests might be asked to be a judge, a doctor, a coroner or even perhaps a pallbearer. Each new episode brings new actors from the audience, so no one ever really knows what is happening next.

No matter, how old you are this show is open for all age groups. The show is tasteful in nature as too is the dinner. Once you arrive at your table you will be amazed at the crisp salad and warm dinner rolls served in a banquet style for the whole table. For your main course you will have a choice of a chicken, meat or vegetarian selection as well. Dessert will offer something that will satisfy everyone’s sweet tooth. As you dine you will be entertained by DD and Lt. Post who will intertwine a standup comedy act that is sure to please your pallet too.

DD is a wonderful host during the whole show and is punctual with her fantastic one line jokes. She will walk you through the events of each murder in a witty and distinguished attitude at times. Lt. Post will certainly detail the facts and only the facts for you to decide who the victim, murderer and motive for each episode. Patrons are asked to fill out a card with their respective thoughts on who done it, why and who got murdered. After each skit the audience has time to prepare for the next challenge of intrigue.

The evening ends when all of our murder mysteries have been solved and everyone is still accounted for in the audience. DD and Lt. Post are the perfect couple to pull off one of the funniest nights you might have in Las Vegas.

Actual husband and wife host the show, Eric and Jayne Post have teamed together in acting, directing and writing interactive comedy/mystery shows for over 23 years. Eric Post aka Lt. Post is a former Lieutenant in the U.S. Navy for over ten years before earning his degree in acting from the California Institute of the Arts. He has performed in an episode of Magnum PI, the movie Quake and was even the official Caesar at Caesars Palace in Lake Tahoe. Eric is also a graduate of the Le Cordon Bleu Culinary Institute and has a cooking show on YouTube.

Jayne Ann Savoie Post aka DD was born and raised in Montreal, Quebec before moving to California in the 1980s. Since her move she performed stand-up comedy at a variety of places such as The Comedy Store and The Holy City Zoo. DD has been involved in murder mystery comedy for over two decades beginning in the 1990s when she and her husband Lt. Post began acting, directing and writing for their own creation, Marriage Can Be Murder in Sacramento, California.

Why should you watch the show?

Marriage can be murder is perfect show for couple. The show is excellent blend of laugh and mystery and you will never know that what will happen next. Apart from that, here you will get delicious three course meal. It is a wonderful experience to watch it live.

by HarryMarriage Can Be Murder

by DeepakMarriage Can Be Murder

Marriage Can Be Murder