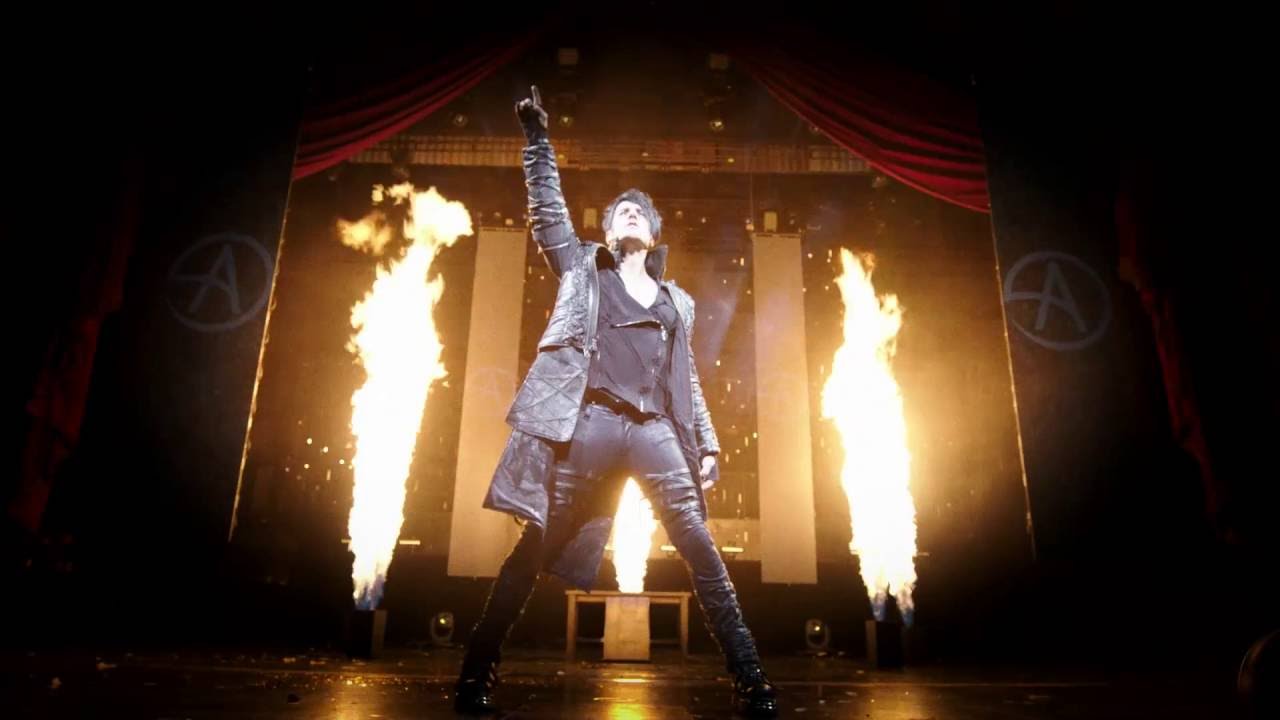 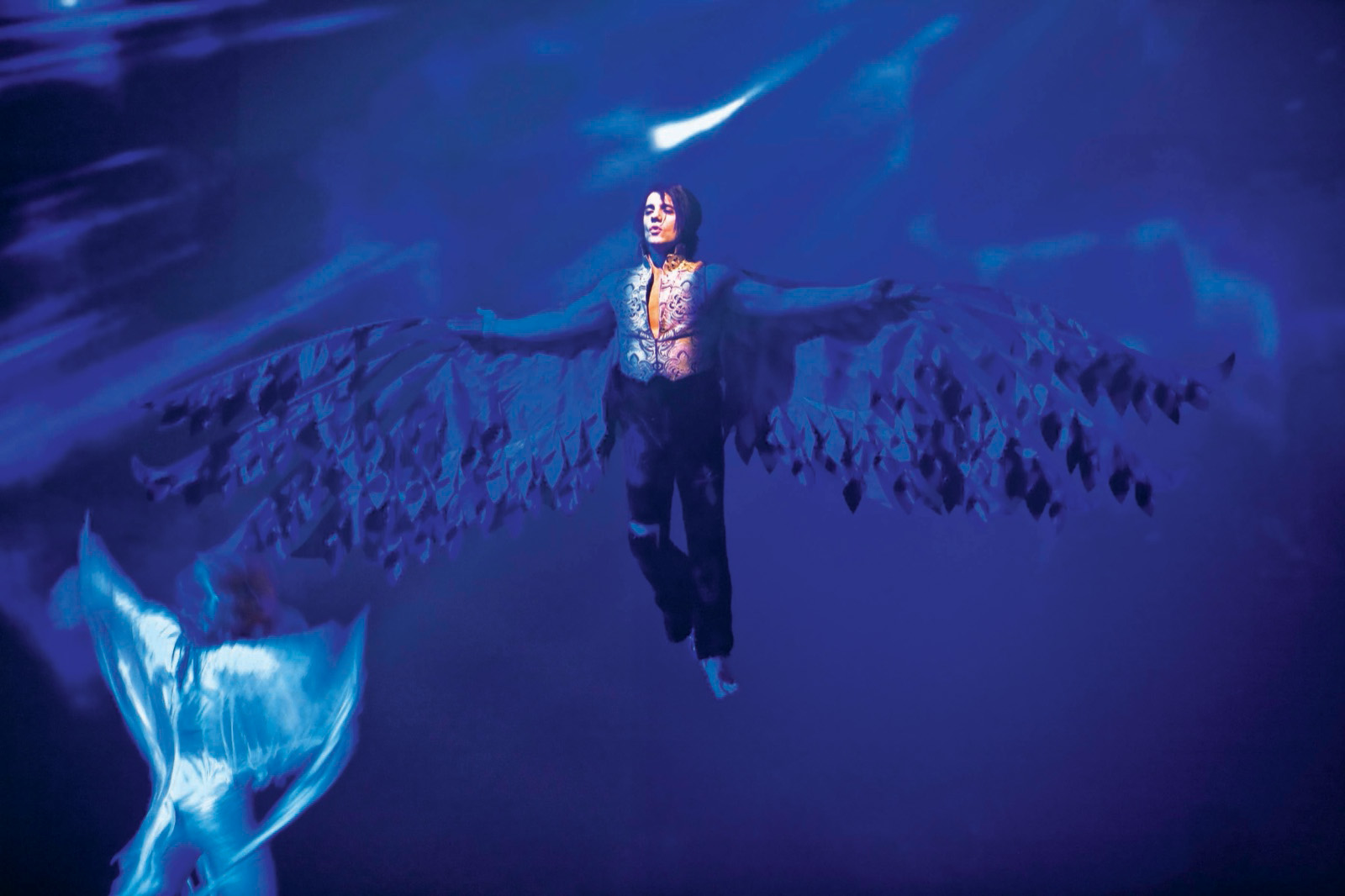 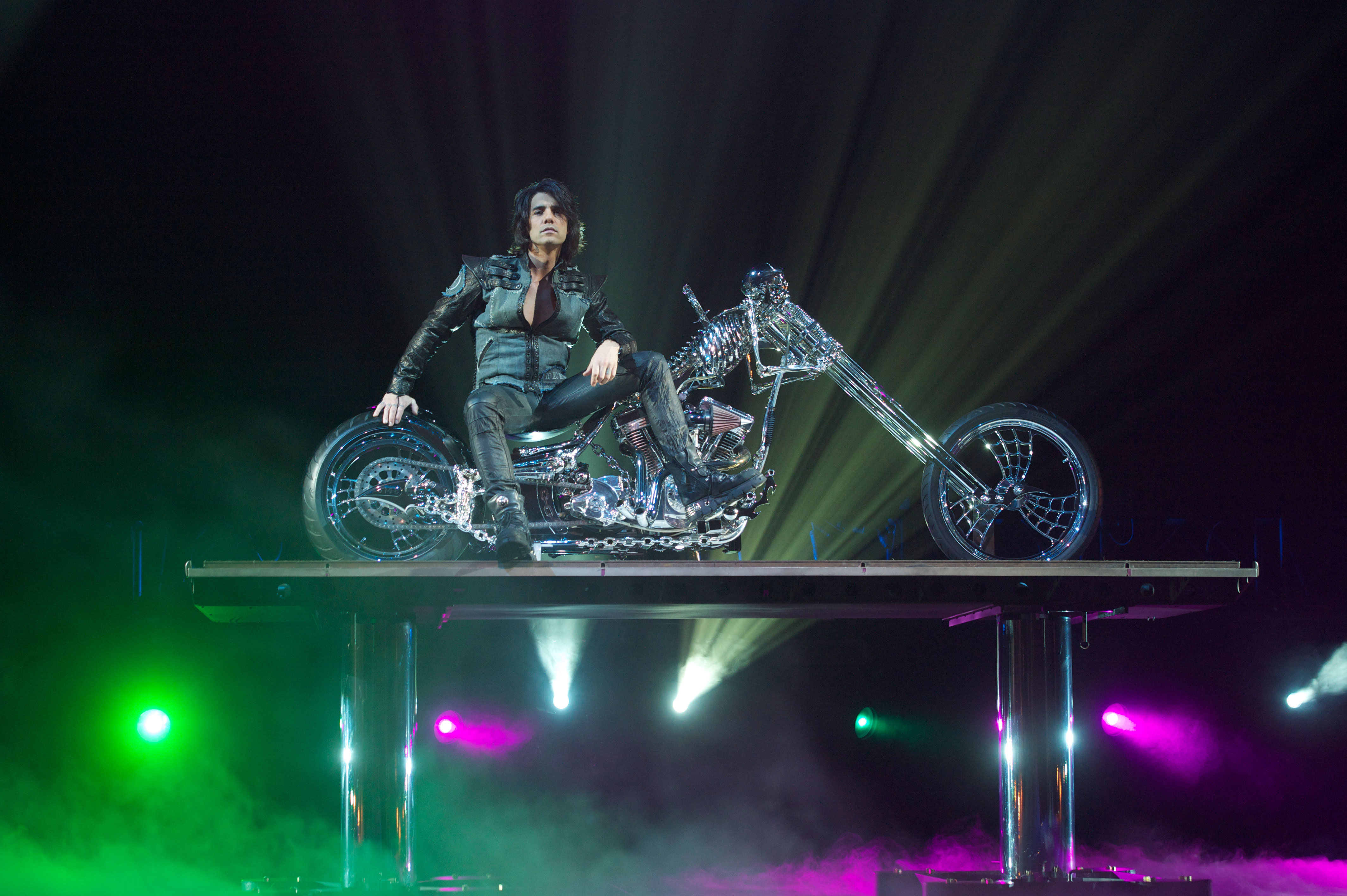 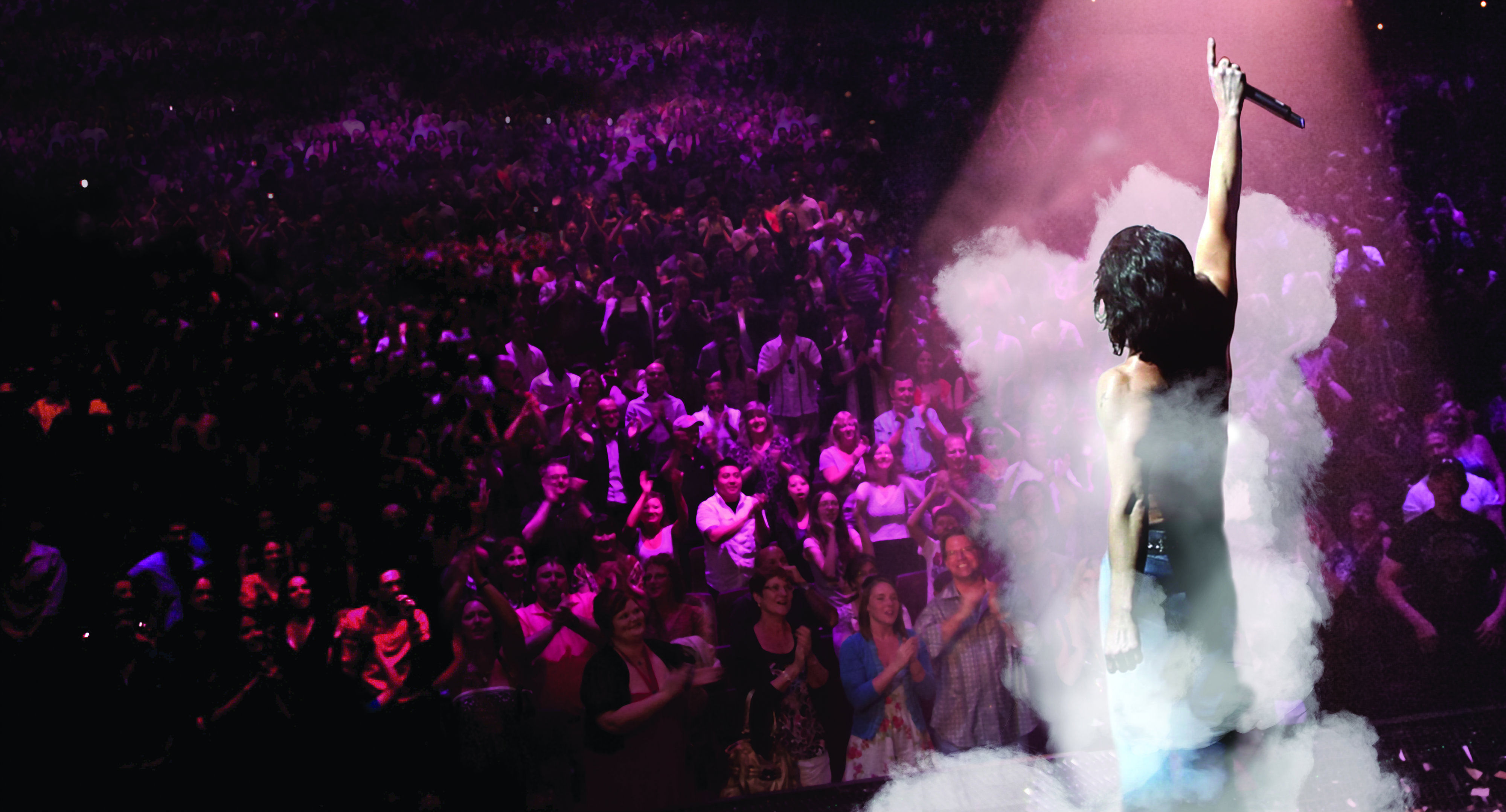 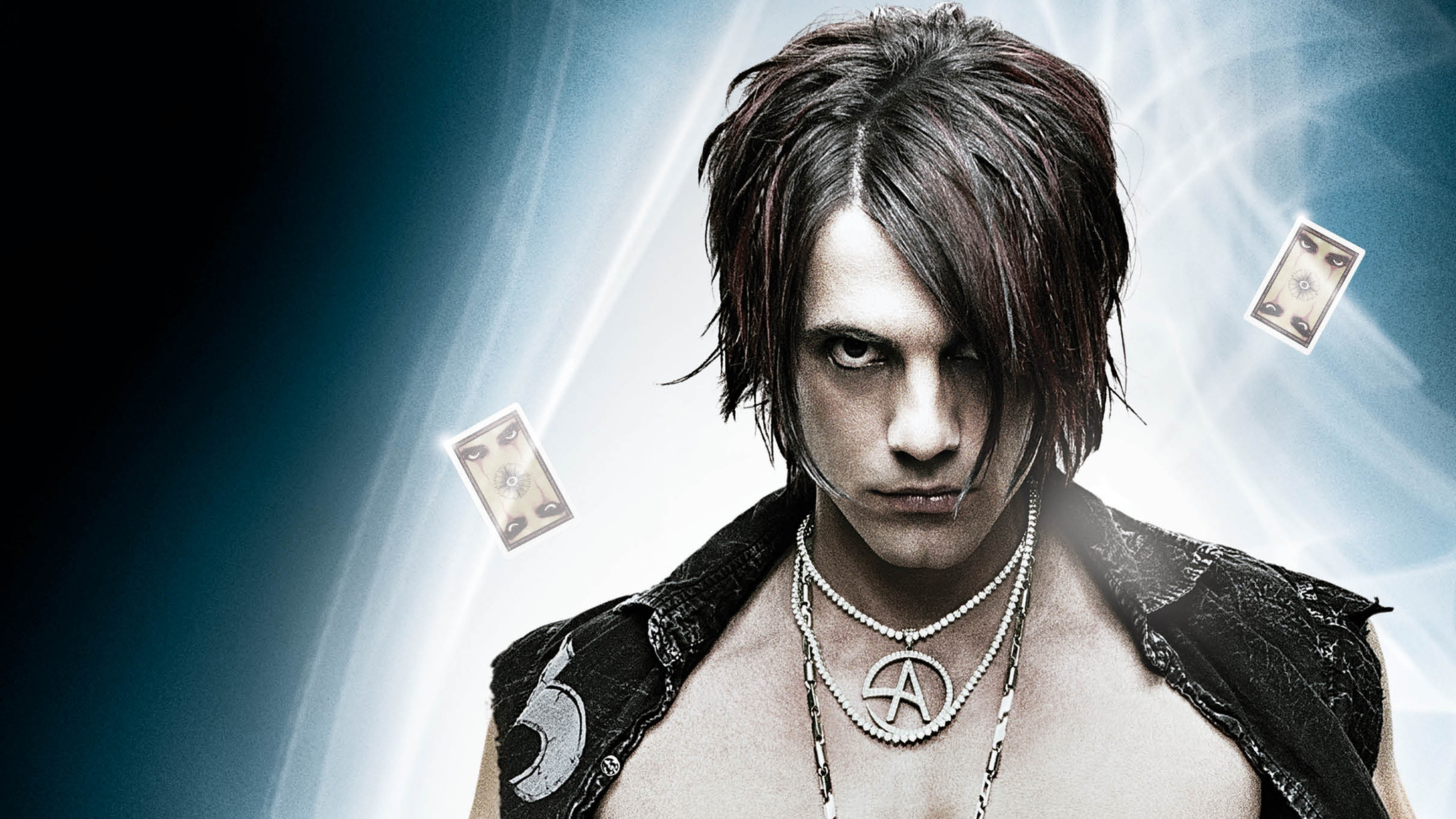 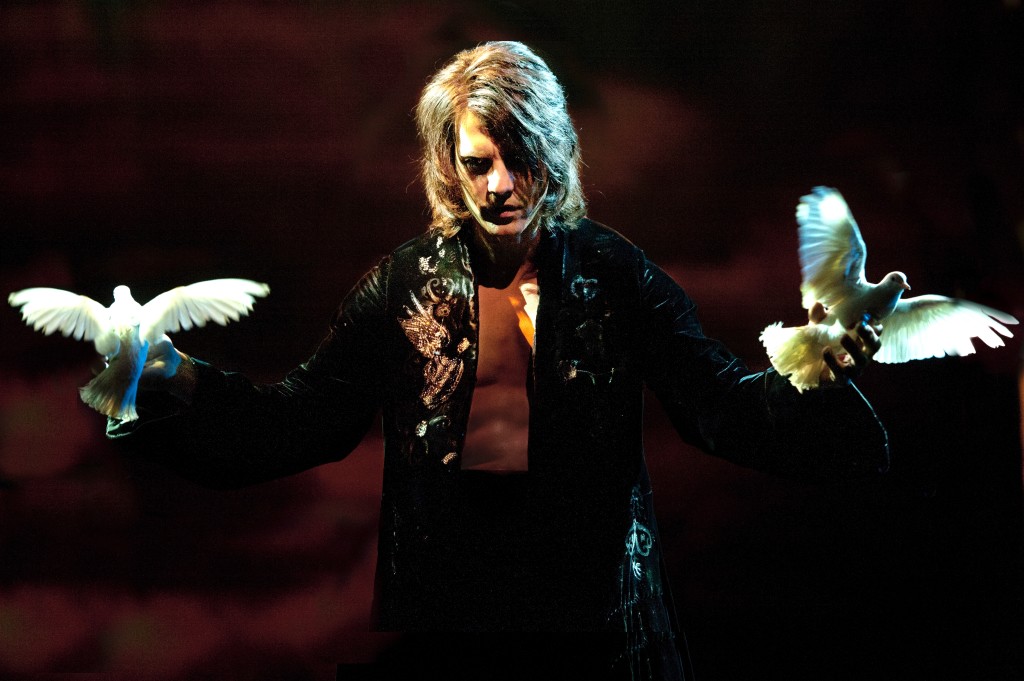 Famous for its amazing trick and illusion Christopher Nicholas Sarantakos ( stage name Criss Angel ) is the distinguished magician and illusionist. Born on 19 December 1967, at Hempstead General Hospital in Hempstead, on Long Island, New York, Criss developed an interest in magic at age seven and earned 10 USD at the age of 12 for his first magic show. Criss come to the limelight with his show "Mind Freak" and his live show "Criss Angel Believe".  He is famous for tricks and illusions like levitation, walking on water, mind reading and walking through the metal door. Criss is also known for stage show Criss Angel Mindfreak and illusion shows Criss Angel Believe. These two shows become extremely popular and generated revenue of 150 million USD.

Criss was always out of the box from the childhood he has said that “I stayed away from magicians when I was younger because I didn't want to think like them and wanted to create my own style." After developing an interest in magic at seven, he earned his first income at age 12 of 10 USD. By fourteen he tried hard and start showing his magic in schools, restaurants, and pubs. After graduation from East Meadow High School, he had decided to pursue his career as a professional magician. Apart from the music, he has also studied the art of mysticism, music, martial arts and dance.

In 1994, Criss come to limelight when he made his first appearance in the TV show ABC primetime special entitled Secrets. In 1994, he worked with writer and director Clive Barker in the horror thriller Lord of Illusion. From 1997, Criss made his own television show the magic of science and its sequel in 2003 and 2007 that become a superhit and gathered a lot of praise and applause.

On October 20, 2002, Angel performed in the ABC Family television special named Criss Angel Mindfreak: Postmodern illusionist, an hour-long performance, and tribute to Harry Houdini. The special aired again on December 24, 2002, on Channel 4 in the UK. He walks the streets of New York, hypnotizing passers-by, turning cups of takeaway coffee into cockroaches and suspending himself from the ceiling by inserting hooks into his back.

Music- Criss launched his first music album with industrial rock musician Klay Scott for Angeldust. Angeldust released its debut album Musical Conjurings from the World of Illusion in 1998. Later he released his album System 1, System 2, and System 3. In 2003, Criss released his album Supernatural.

Books-  Angel is the author of the book Mindfreak: Secret Revelations, published by Harper Entertainment in 2007.

Toys- In 2010, Angel released toys and magic kid for the kid, which contained six Mindfreak Magic Tricks instructions, 250 tricks, and a magic. The product was backed by 50 million USD in marketing.

Criss Angel Magicjam was performed inside the Metropolis theater. In step with the Metropolis Sun, the show enclosed famous comedy- illusionist Nathan Burton, new feminine magician Krystyn Lambert World Health Organization has been prominently featured in the Spike series joined by participant manipulators imaginary creature Byrne and Tony Clarke, supreme close-up artist Armando Vera and so the magic comedy of Russ Merlin. The assembly was written and directed by Criss Ange In Jan 2014, Angel declared that he planned on taking Criss Angel Magician on a North yank tour throughout the summer of 2014.The show together featured Angel's own illusions that he performed for concerning forty minutes of the show.

After a 7-year-plus run of his show Believe at the Metropolis city, Magician of the Century  Criss Angel shakes things up delivery a brand new production that mixes his successful program with larger illusions - “MINDFREAK LIVE!” The show combines parts from Angel's program and a road version of "Mindfreak" except for the Vegas version, Angel ratchets up the magic. The show can feature Angel, a forged of fellow performers complete in acrobatics, body-balancing, and tricks, and original illusions, progressive animated semiconductor diode lighting and RGB optical maser explosions, semiconductor diode virtual worlds, 3-D immersive effects, pyrotechnic landscapes, live musicians/DJ and a lot of. Angel can manipulate your mind with unaccountable illusions that may have you ever question your existence.

From past one decade, the world of magic is dominated by Criss Angel as the biggest name on the planet. Being as star magician, creator, executive producer, and director of the most successful magic television series of all time, Criss Angel MINDFREAK is the most popular stage show and television series of all time. Apart from that, his written books on magic tricks, music CDs and more are a popular brand in the LAS Vegas.

On June 2004, Criss come with another rocking show “The Supernaturalist”. The show was written, directed and produced by Criss Angel. Performers for the show include illusionist Landon Swank, magician Krystyn Lambert, escape artist Spencer Horsman, mentalist Banachek, dog conjuror Johnny Dominguez, magician Stefan, and close up magician Adrian Vega. This shows become immense popular around the globe and gathers a lot of publicity and applause.

Magician of the Century Criss Angel shakes things up delivery a brand new production that mixes his successful program with larger illusions. He is Great at magic , great show for everyone.