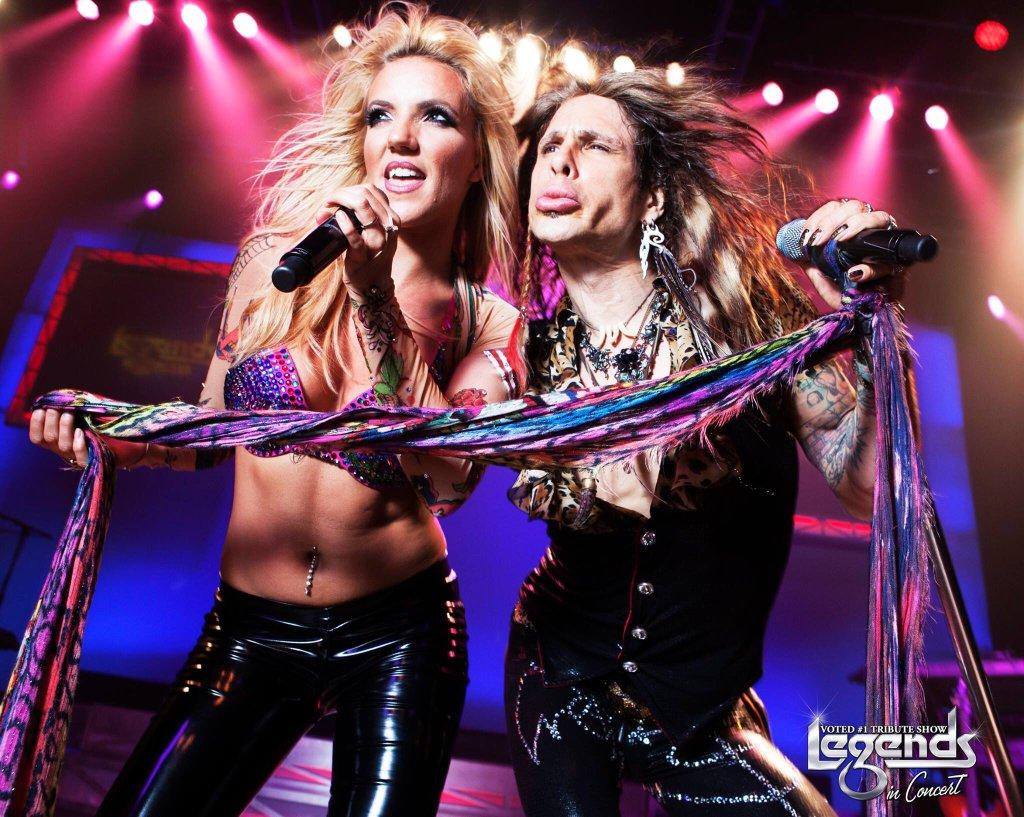 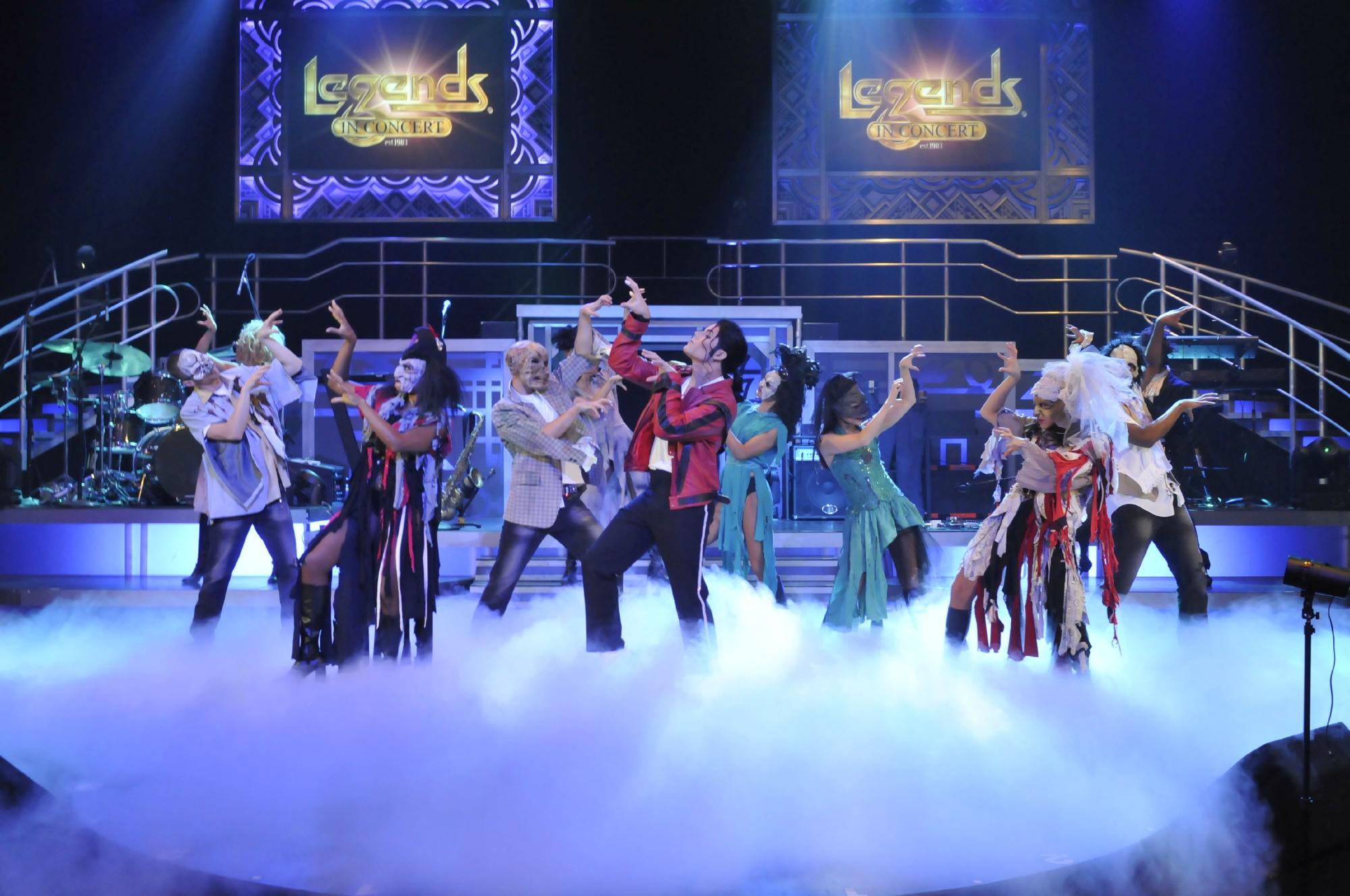 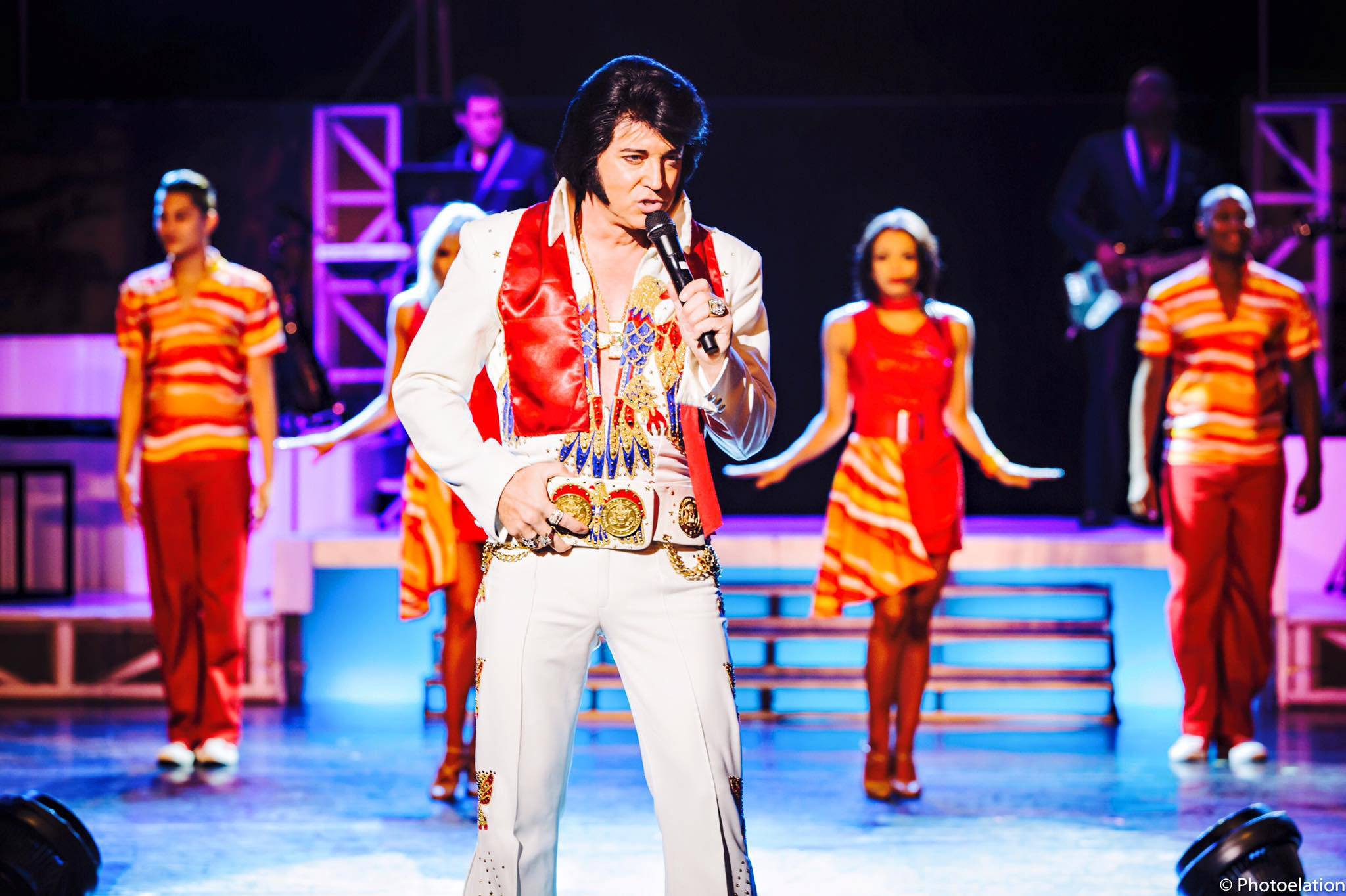 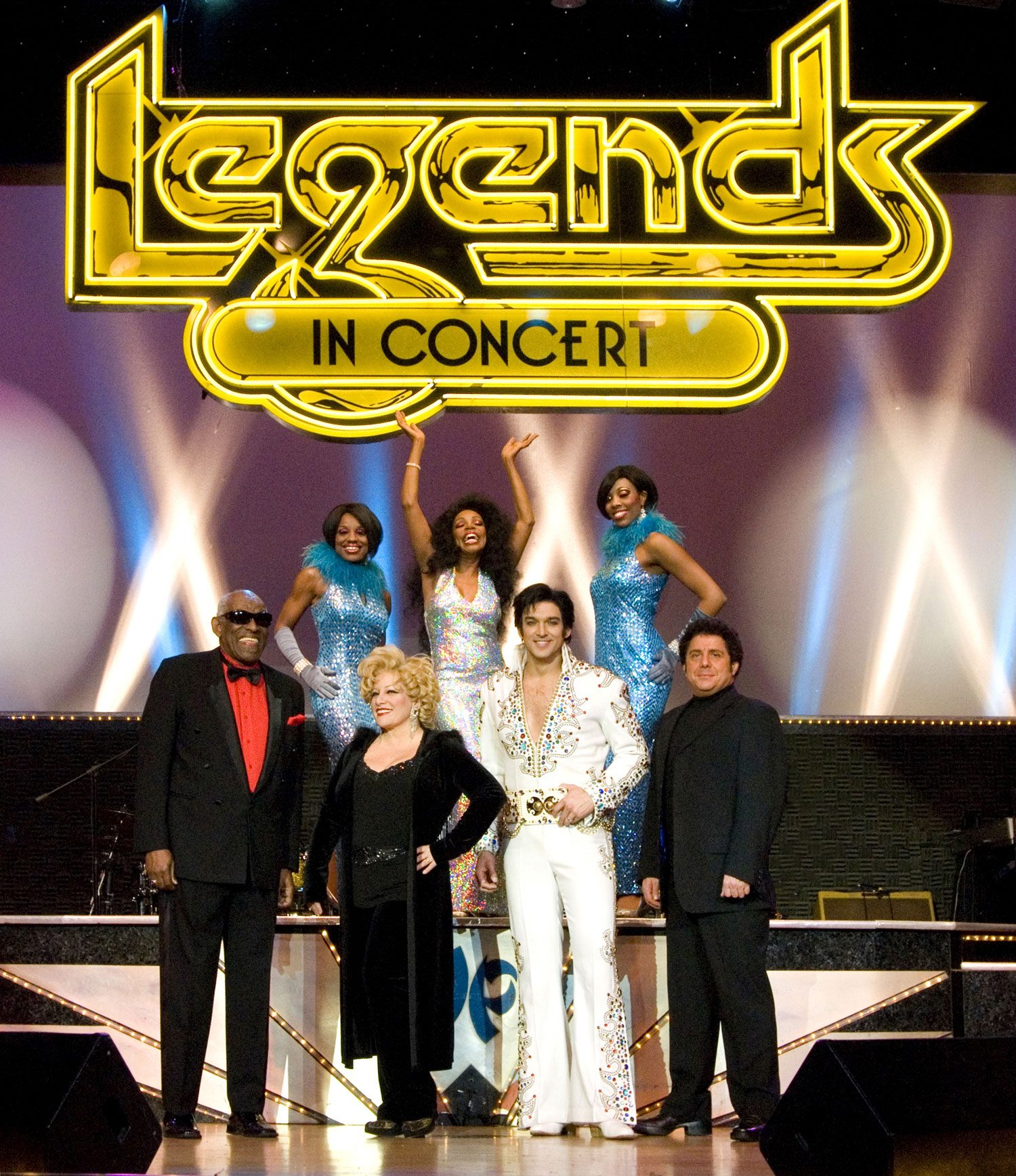 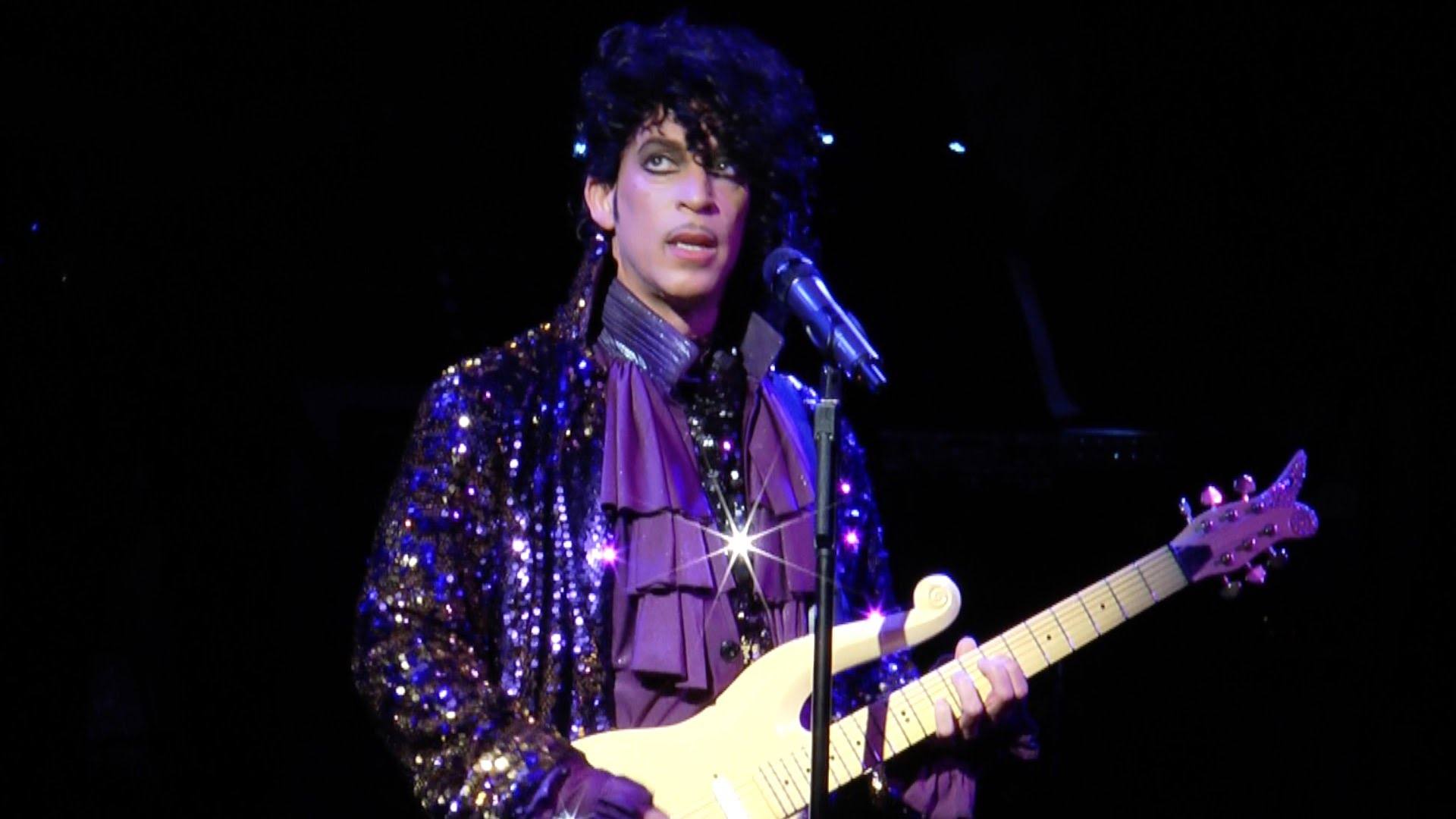 A legend in Concert is unmatched and unparalleled show in the Sin City. This is the show, where you can see the live performance of veteran stars like Michael Jackson, Faith Hill, Tina Turner, Christina Aguilera, and Elvis Presley. The show, Legend in Concert is organized at the famous Flamingo Las Vegas Casino. As from the name it is getting very clearthat“Legend in concert” is exactly what the title of the show states, tribute artists of legendary stars of music from yesterday and today, performing live on one stage! This is the complete and the longest running show, entertaining the audience from past three decades.

This is a top-notch production show, where you can enjoy non-stop song and dance numbers from talented tribute artists who grace the stage with their incredible performance. If you are in Las Vegas, then it is a golden opportunity for you to watch the live and original performance (There are no lip-synchers here!) of Celine Dion, Barry White, Elvis Presley, Steven Tyler, Tina Turner, Tom Jones, the Blues Brothers, Shania Twain, Michael Jackson, Elton John, Cher, Madonna, The Temptations, The Four Tops, Rod Stewart, Tim McGraw, Faith Hill, Donna Summers, and more.

So brace yourself for theupbeat harmonious experience. The excellent stage setting, state-of-the-art multimedia setting, on-stage orchestra, dazzling costumes and, of course, powerhouse voices that are just about as good as it gets.

The complete review about the show:

From past three decades, Legend in Concert is smash hit show in the Sin City. This is a fascinating tribute show with non- stop song and dance number from incredible tribute artists who revive and recreate some of the world's most iconic performers. The variety of dance item and super hit songs keep the audience engaged in the show. During the 80 minutes, The Legend in Concert Las Vegas has a rotating cast of high-quality tribute artists from the likes as Michael Jackson, Elvis Presley, Celine Dion, Britney Spears, Frank Sinatra and more. With alive band and super performance, this show fascinates the audience. Each performer brings the same electricity to the stage as the original artist with fabulous choreography which includes costumes that enhance the overall production of the show.
Many of the talented tribute artists rock the show and leave the audience spellbound. Elvis has been known to sit on the edge of the stage and take requests thus ensuring that every show with Elvis is different. Tribute artists stick to each performer's classic songs and dance moves such as Michael Jackson moonwalking across the stage while singing Billie Jean. Lady Gaga comes to the stage with sexy costumes and sways her hips as she steps across the stage singing hot legs. Enjoy hits, such as “Thriller” (Michael Jackson), “[Man] I Feel Like a Woman” (Shania Twain), “Tiny Dancer” (Elton John), “In His Kiss” (Cher), and more. Featuring four or more performers a night, each show at Legends is completely unique. So, you should not miss such wonderful show when you are in the City of light.

With the best tribute artists, Legend in concert is the quintessential show in the entertainment capital of theworld. In the show, tribute artist rotates performance in order to keep the show fresh. There are 78 different iconic stars in the production show represented by over 130 artists. Celine Dion entertain the crowd with her smash hit song, Elvis Presley has ten different performers, Frank Sinatra has three and others stars like Michael Jackson have from one to six tribute artists. Many of the iconic stars played by the tribute artist are one-of-a-kind impersonations with remarkable accuracy in looks, moves, and vocals.

Main stars of Legend in Concert:

Celine Dion-French-Canadian star Celine Dion was passionate for music from childhood. She performed her first show at the age of five when she made her first public appearance at her brother Michel's wedding and performed Christine Charbonneau's song "Du fil des Aiguilles et du coton. At the age of 12, collaborated with her mother and her brother Jacques to write and compose her first song. This song becomes massive hit and Celine become anovernight star. Celine’s popularity spread to other parts of the world, when she competed in the 1982 Yamaha World Popular Song Festival in Tokyo, Japan, and won the musician's award for "Top Performer" as well as the gold medal for "Best Song" with "Tellement j'aiglamour pour toi". By 1983, she becomes the first Canadian star to receive a gold record in France for the single "Of Love or of Friendship”. Apart from that, Celine won several Félix Awards, including "Best Female performer" and "Discovery of the Year”

Britney Spear-Dancer, actor and singer, Britney Spear made her first stage appearance at the age of five, when she performed song “What Child Is This?" In the year 1998, Britney comes with her first solo song, “baby one more time” and in thefirst month of 1999, the song proves amassive hit. In 1999, her song broke all records and more than 4, 50, 000 people purchased CD of her song. Britney loves Vegas and she feels immense pleasure to perform at Legend in Concert Las Vegas.

Why watch Legend in Concert-

• It is an ultimate Vegas show; in this show, you will see dance, drama, and music.
• It is a chance for you to see all the veteran stars at one stage.
• Not only is the talent unforgettable, but the setting in which the show takes place is truly historic.

Many other tribute shows have come and gone, but Legends in Concert has withstood the test of time: It's the Best." - The Press of Atlantic City.

After watching Legend in concert live in Las Vegas, I can say that I spent my money and time on the right place. This is a perfect show, where each performer justifies with their role.