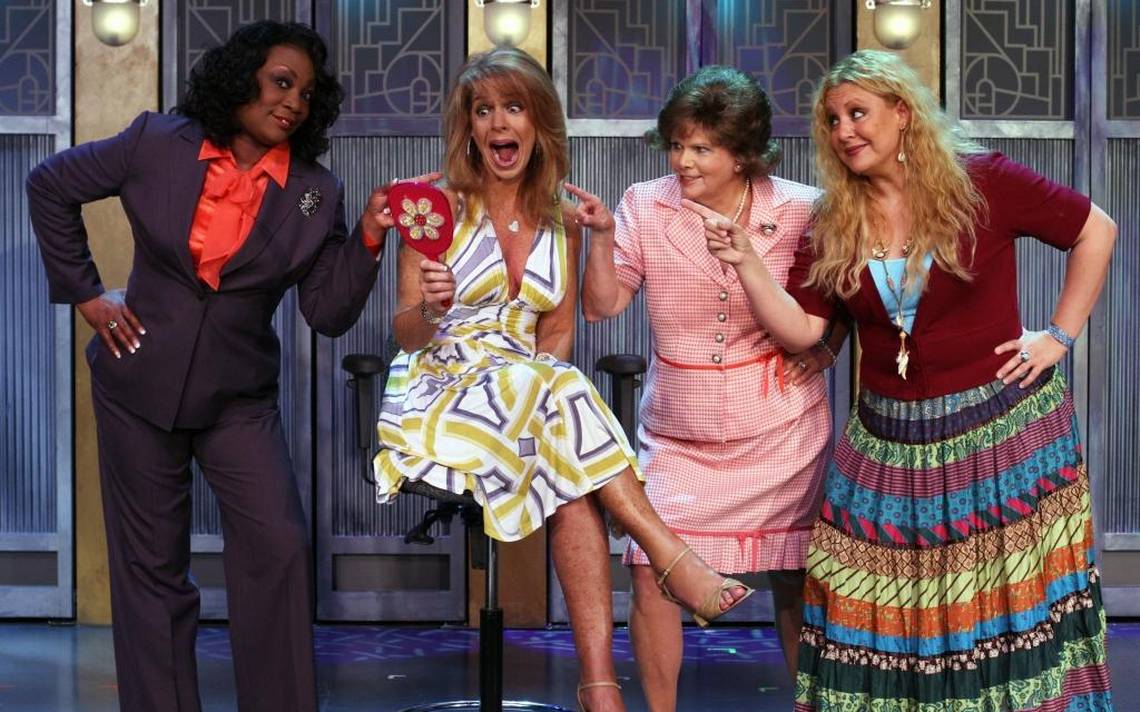 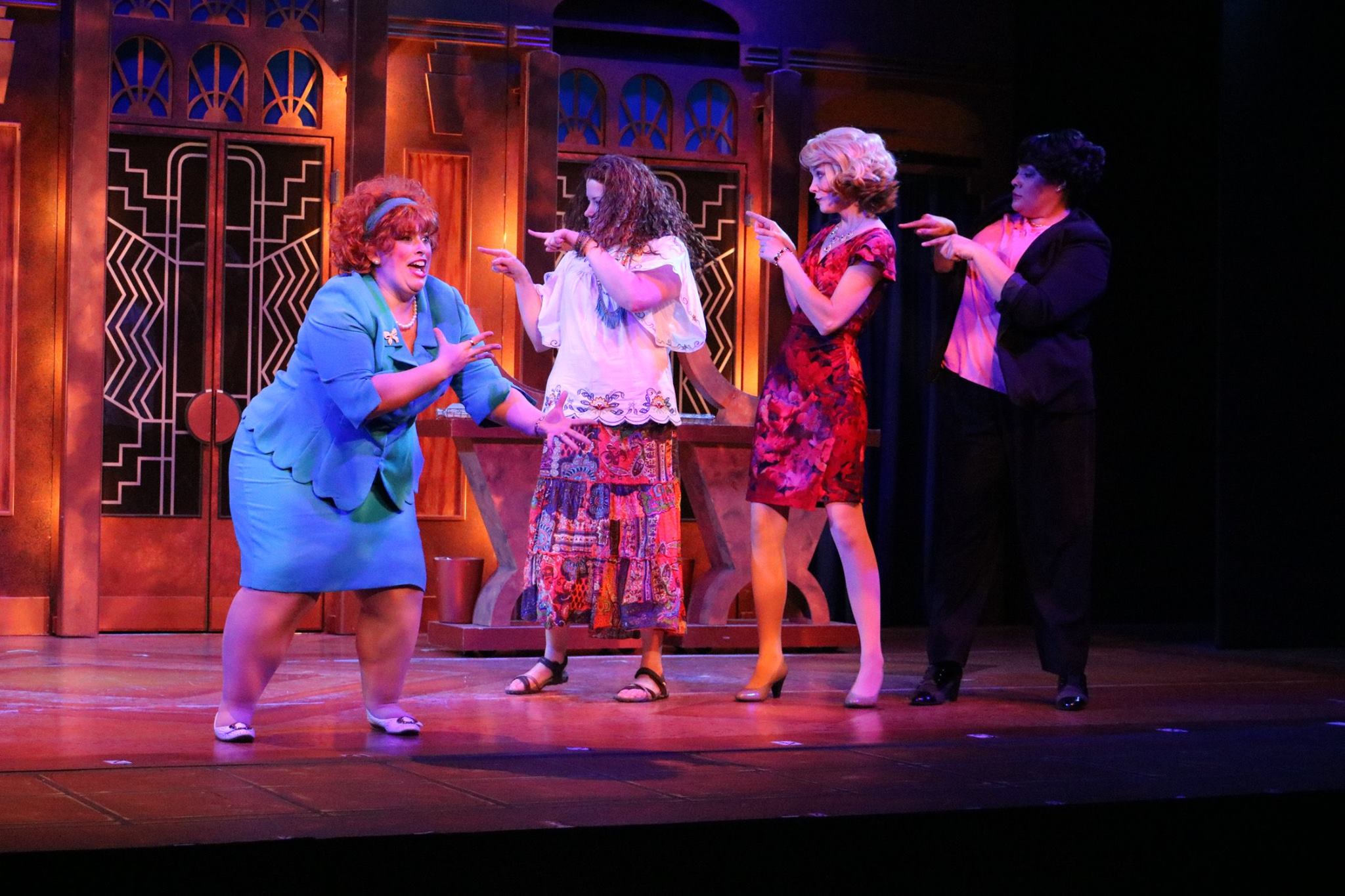 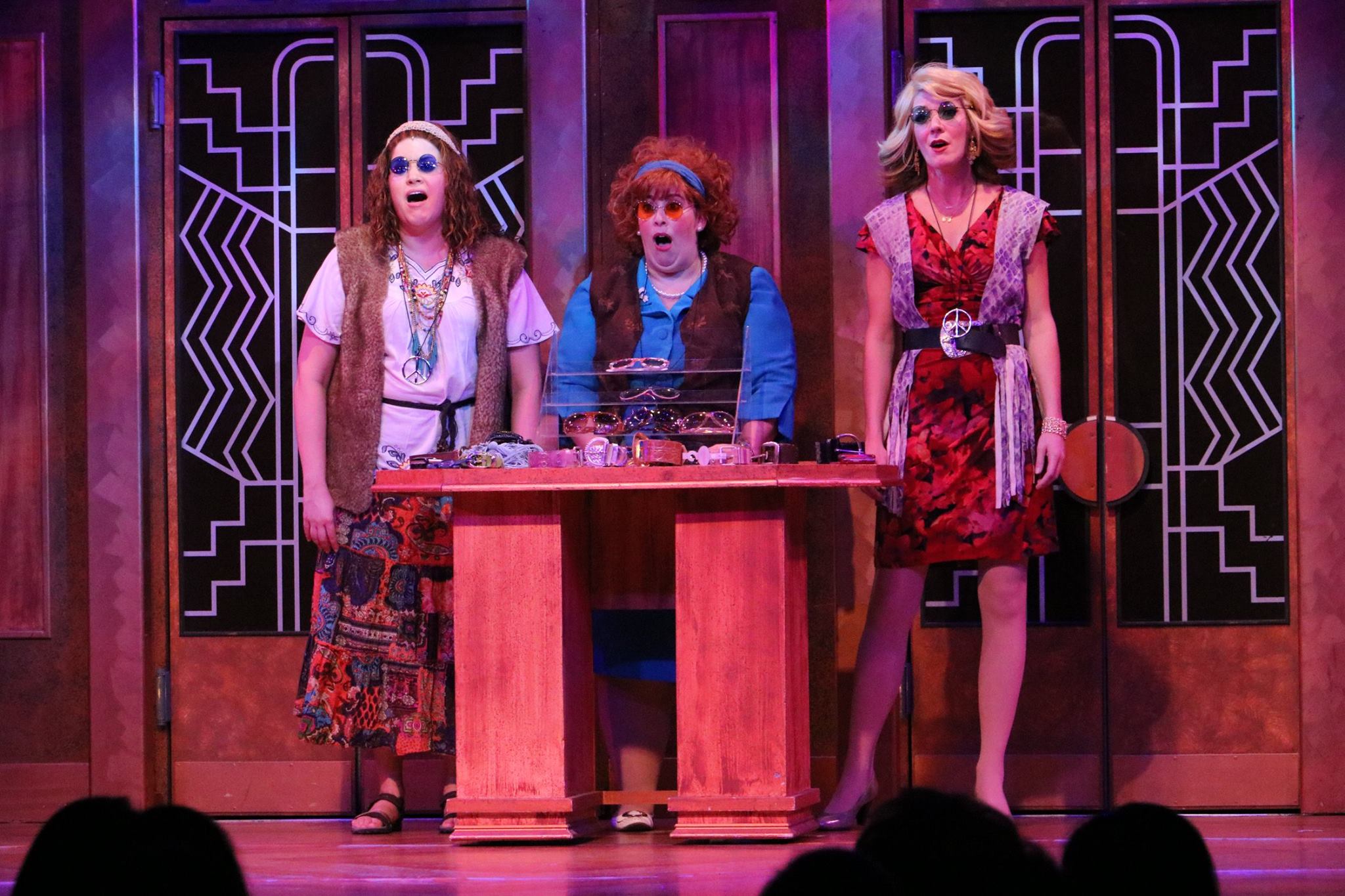 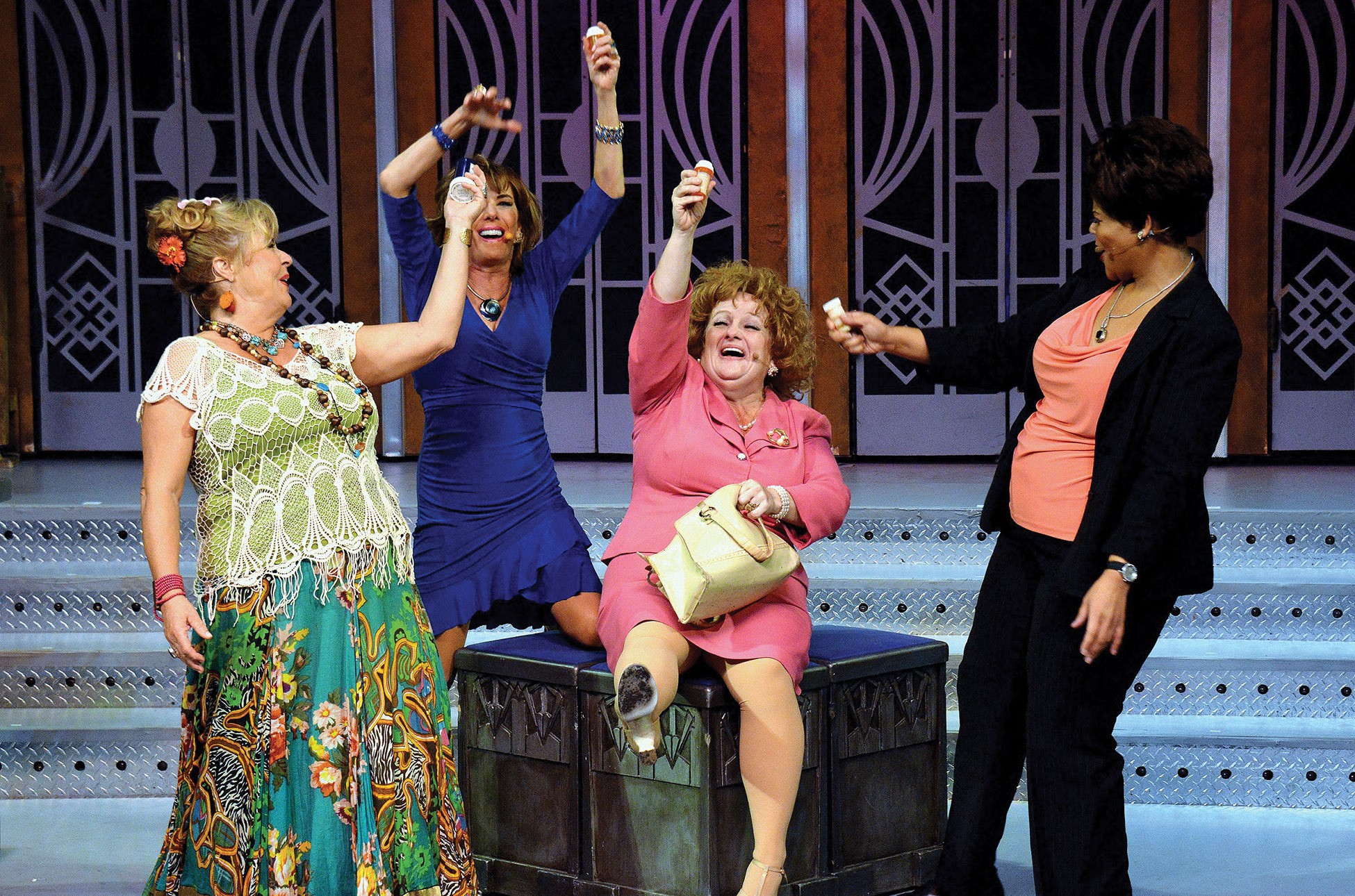 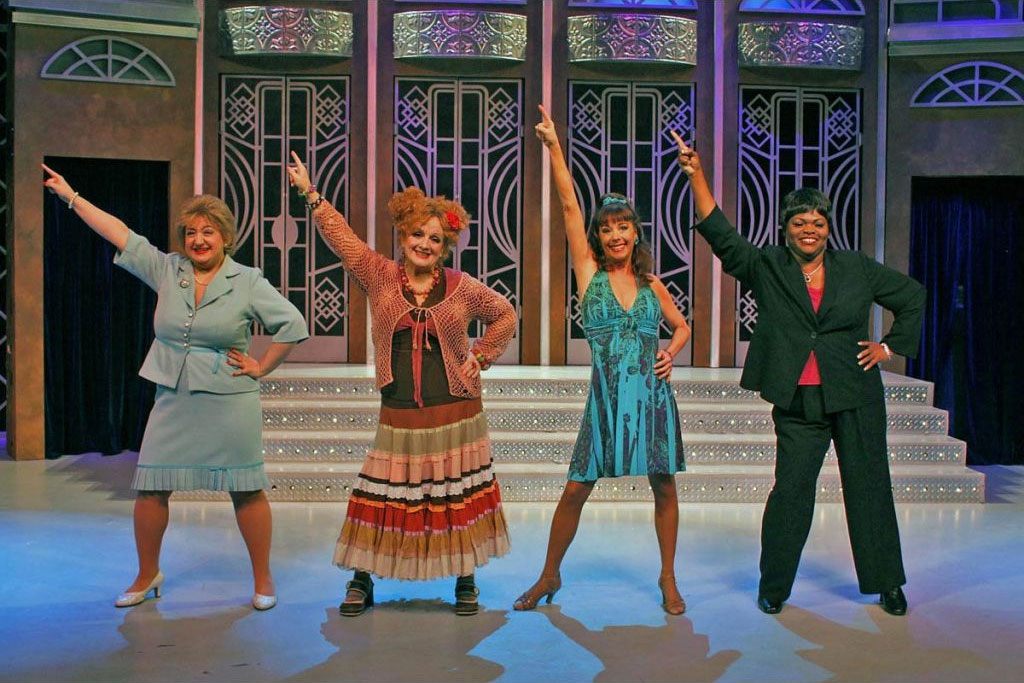 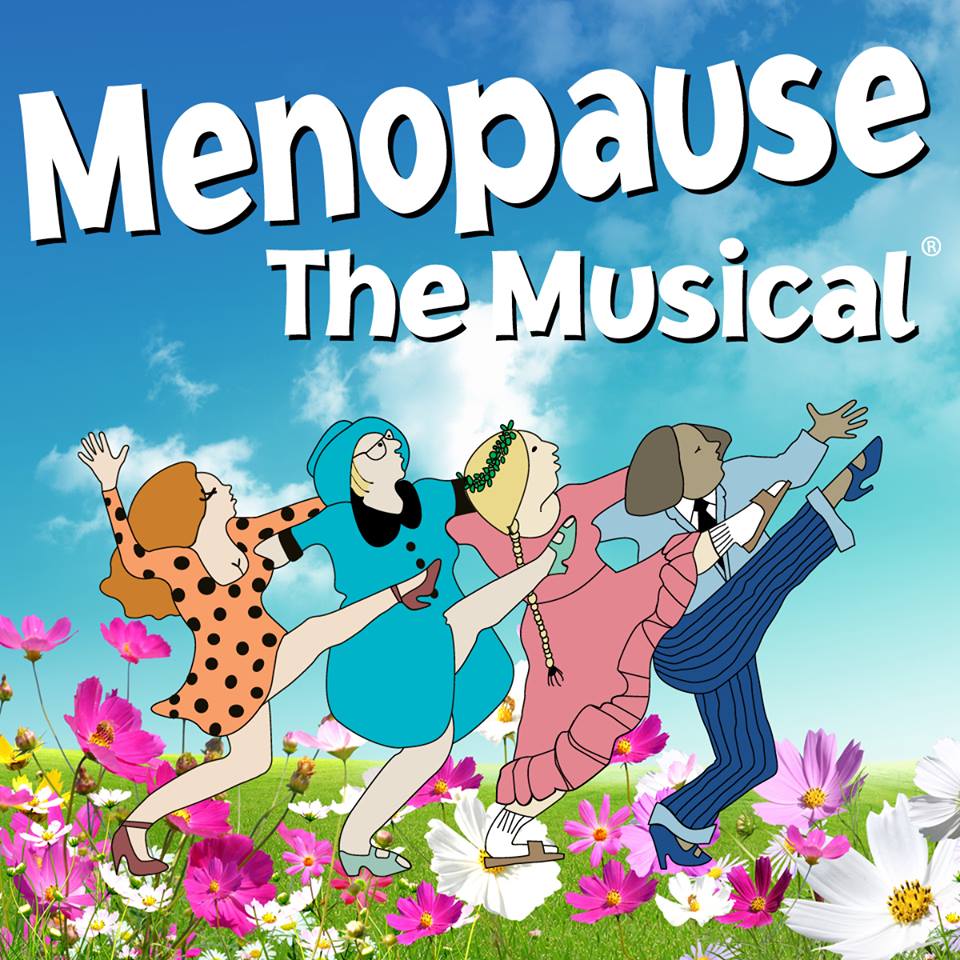 Menopause the Musical is an internationally acclaimed show in the Sin City. The show is a unique blend of music and razor- sharp comedy. The show is all about four women, who in a department store who have nothing in common but a black lace bra they want to buy at a lingerie sale. The female cast pokes fun of their woeful hot flashes, wrinkles, night sweats, and chocolate binges. A sisterhood is created between them, and a wonderful musical that features popular tunes from the 60s, 70s, and 80s is born. The show is filled with solo and chorus tunes that jump between the all-too-real topics of hot flashes, Prozac and food and they even manage to sprinkle a sexual comment in too.

A complete overview of the show:

Menopause the Musical Las Vegas is a classic comedy show in the entertainment capital of the world. This show is tickling the funny bones of the audience from past two decades. The 90 minutes show is filled with adult humor and awarded as the Best Live Show 2015. Menopause The Musical revolves around four women that are experiencing change and sometimes drastic changes in their lives because of their aging bodies. Each woman fits a certain demographic that most female audience members can understand. There is a housewife from Iowa, a soap star, a hippie earth mother and a professional woman. Each performer hits the stage with an entertaining parody of their experiences with such physiological problems as hot flashes, night sweats, insomnia, mood swings and enlarged waistlines.
There is a vast amount of memorable music in the Menopause The Musical such artists as Sonny and Cher, Bee Gees, Beach Boys and other hit music groups from the 1950s, 60s, and 70s. There are no live musicians on stage. The music is piped in by the sound system which allows for some of the lyrics in each song to be changed in a humorous way to reflect the symptoms of menopause. Some 25 songs are performed including such parodies as I Heard it Through the Grapevine: You No Longer See 39, Stayin’ Awake: Stayin’ Awake and Change of Life. Menopause the Musical has a story line that is set in a department store where four women are experiencing the changes of menopause. One scene has all four of the ladies engaging in a tug-of-war for a fancy black laced bra in the lingerie section. From here the four ladies become somewhat friends during the performance and actually have lunch with conversations that might seem like that they have known each other since childhood.

Some of the segments lean on the sexual side of change when the soap star enters the audience and begins to flirt as well as making sexual advances on one male audience member with a lap dance. The performance includes a nice gathering of women from the audience on stage with the performers to engage in a festive dance which afterward the females on stage received a gift. Although Menopause the Musical is centered on females, the audience usually includes a fair amount of husbands. Some men can understand the problems with menopause and others may not understand. The storyline is there to follow and the superb singing, as well as dancing, will keep the men in a confused entertained state of mind.

The Harrah’s Showroom is the perfect destination for such show. With great seating arrangements and the state-of-the-art multimedia effect, this show is open for all those, who are above 18 years old. The view is excellent and cutting-edge sound system enhances the beauty of the show. Menopause the Musical is a hilarious show, where you can spend an entertaining evening with your husband or boyfriend. The 90 minutes show is beautifully scripted, during the entire show the gesture, body language, stage presence and energy of these four ladies remain incredible. In this show, people enjoy the humor, the music and the beauty of the ever changing story line.

Menopause the Musical is the creation of GFour Productions which has brought over 3,000 performances of this musical to stages around the world. The all-female cast members are actually over 50 years of age and they keep a fresh look at the show nightly because many of them are experiencing the symptoms of menopause in real life. Cast members include Kittra Coomer who plays the hippie type earth mother; Lisa Mack portrays the powerful professional woman; Laura O’Connell is the Iowan housewife and Paige O’Hara performs as the aging television soap star. Understudies and fill-ins include Lori Legacy Hunt as well as Richel Kompst who are at ease with any of the characters.

Why watch Menopause the Musical:

• The show is the excellent blend of razor sharp comedy, insightful satire and catchy tune.
• This show has continually sold out in Las Vegas and around the globe, with a universal message for all people from all walks of life.
• This show is extremely popular and since inception 2001, Menopause The Musical is running in more than 450 cities in the U.S., across 15 countries and more than 300 cities around the globe.
• This outstanding theatrical show has been performed in Australia, Canada, Ireland, Israel, Italy, Malaysia, Mexico, New Zealand, Philippines, Scotland, Singapore, South Africa, South Korea and the United Kingdom to praise from audiences and critics alike.• There’s a genuine liberation to be had in laughing," said The Honolulu Advertiser. And the Australian Stage ced Menopause The Musical "Ninety minutes of extraordinary fun!"

Menopause the musical is a critically acclaimed show, which you should not miss. The Harrah Las Vegas is perfect place, the performance of the four ladies remain unmatched. They fascinate the audience with good performance.