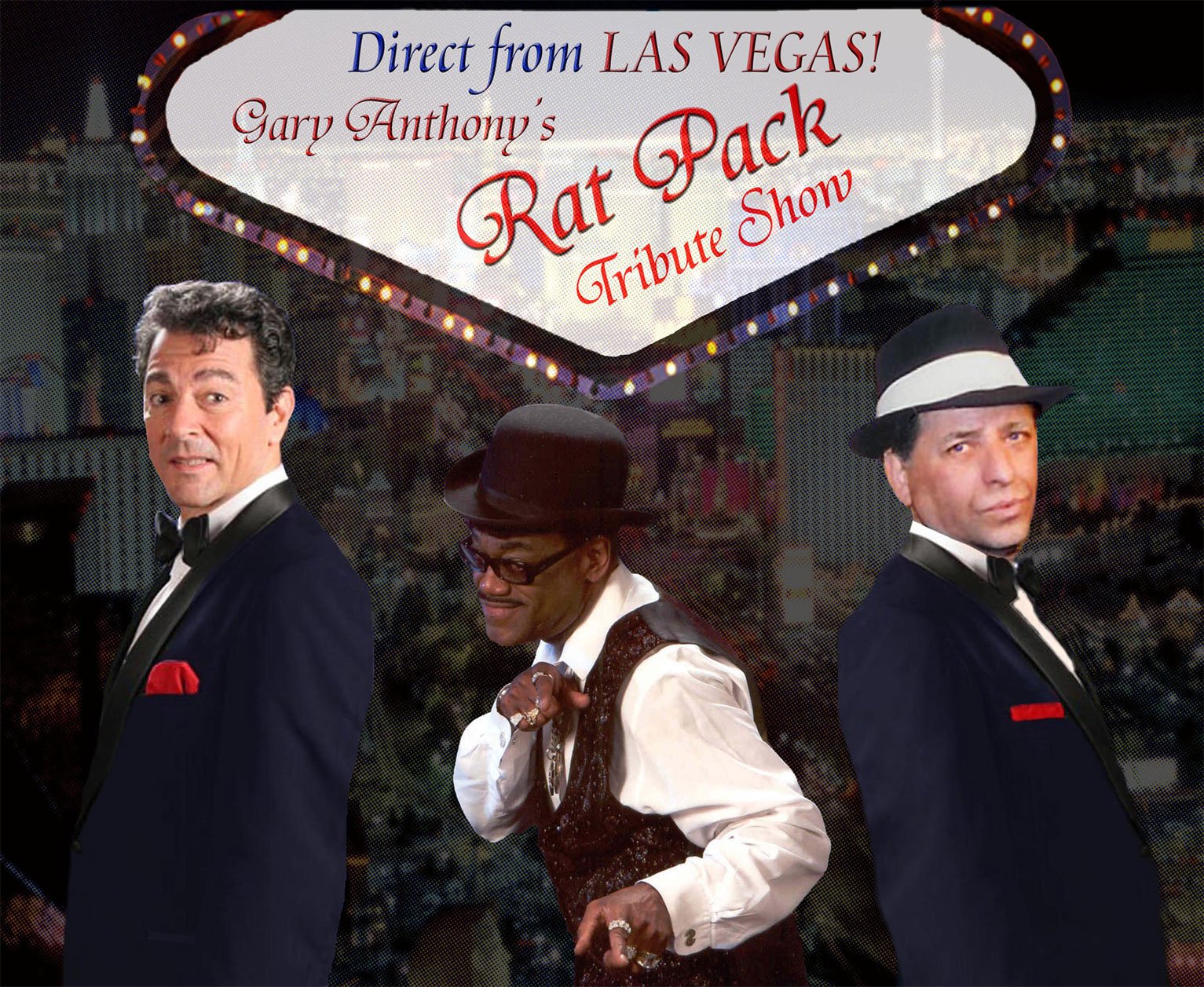 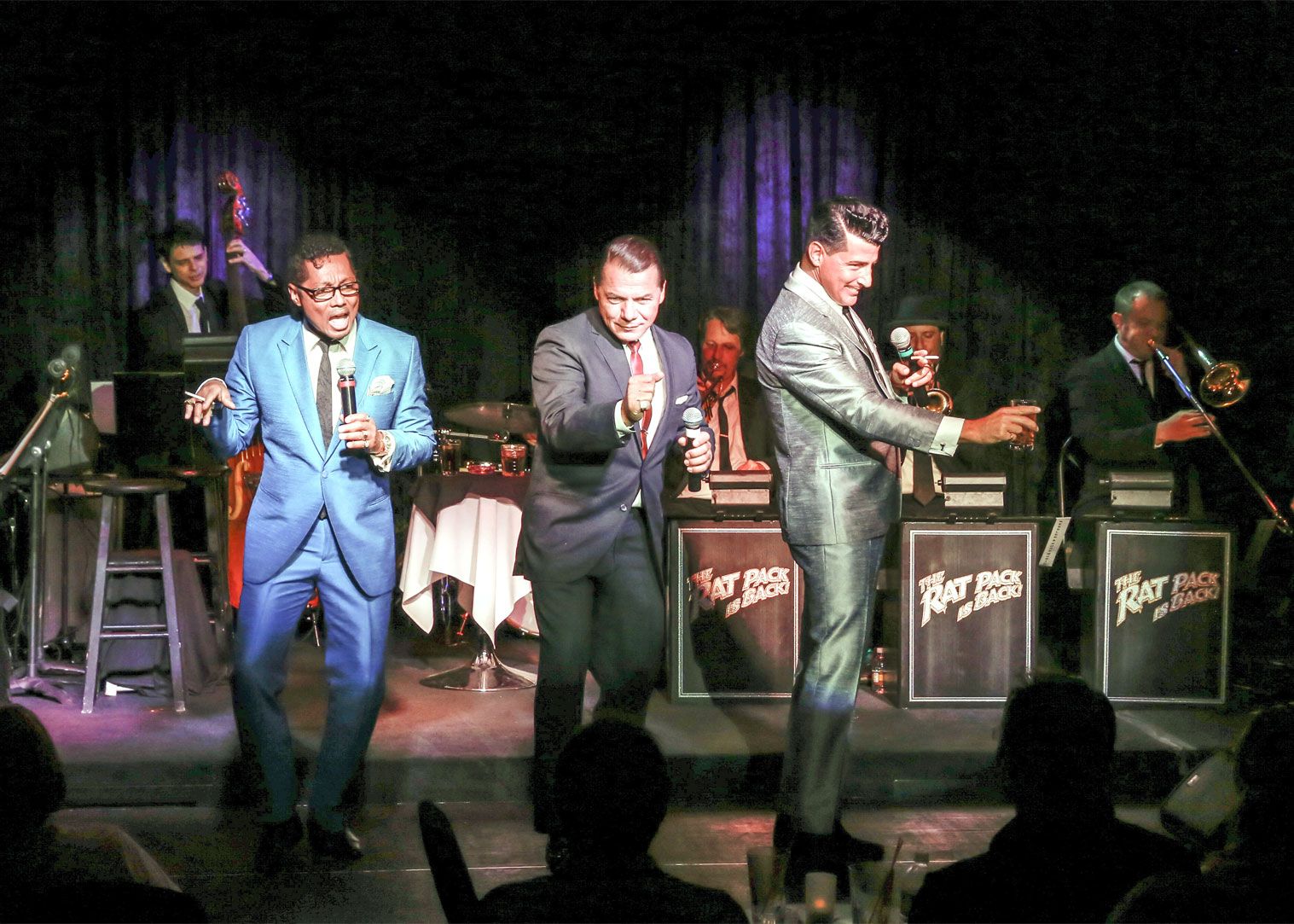 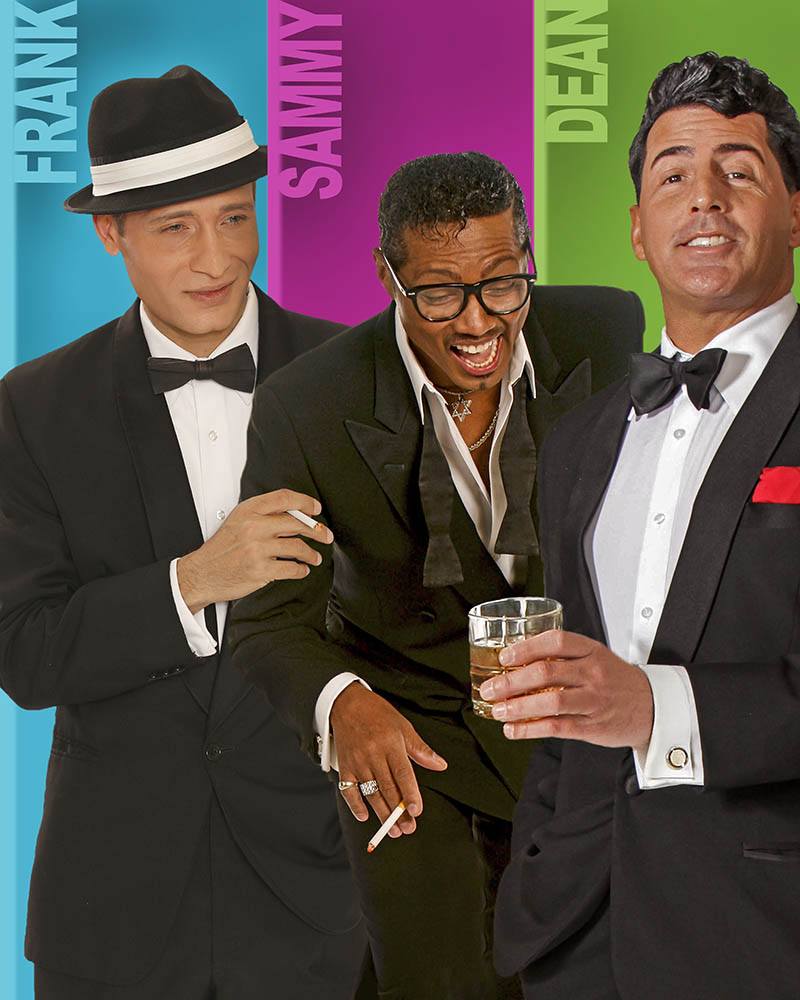 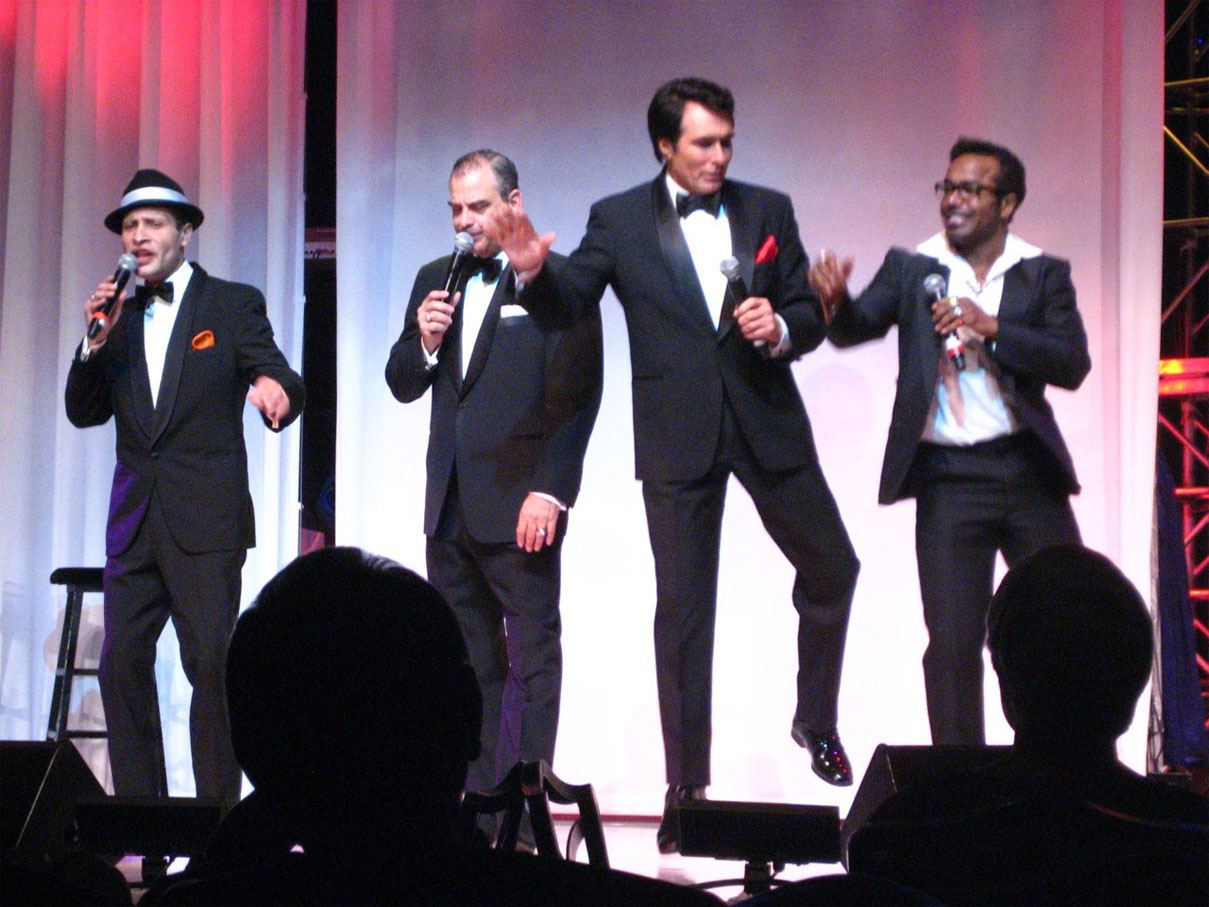 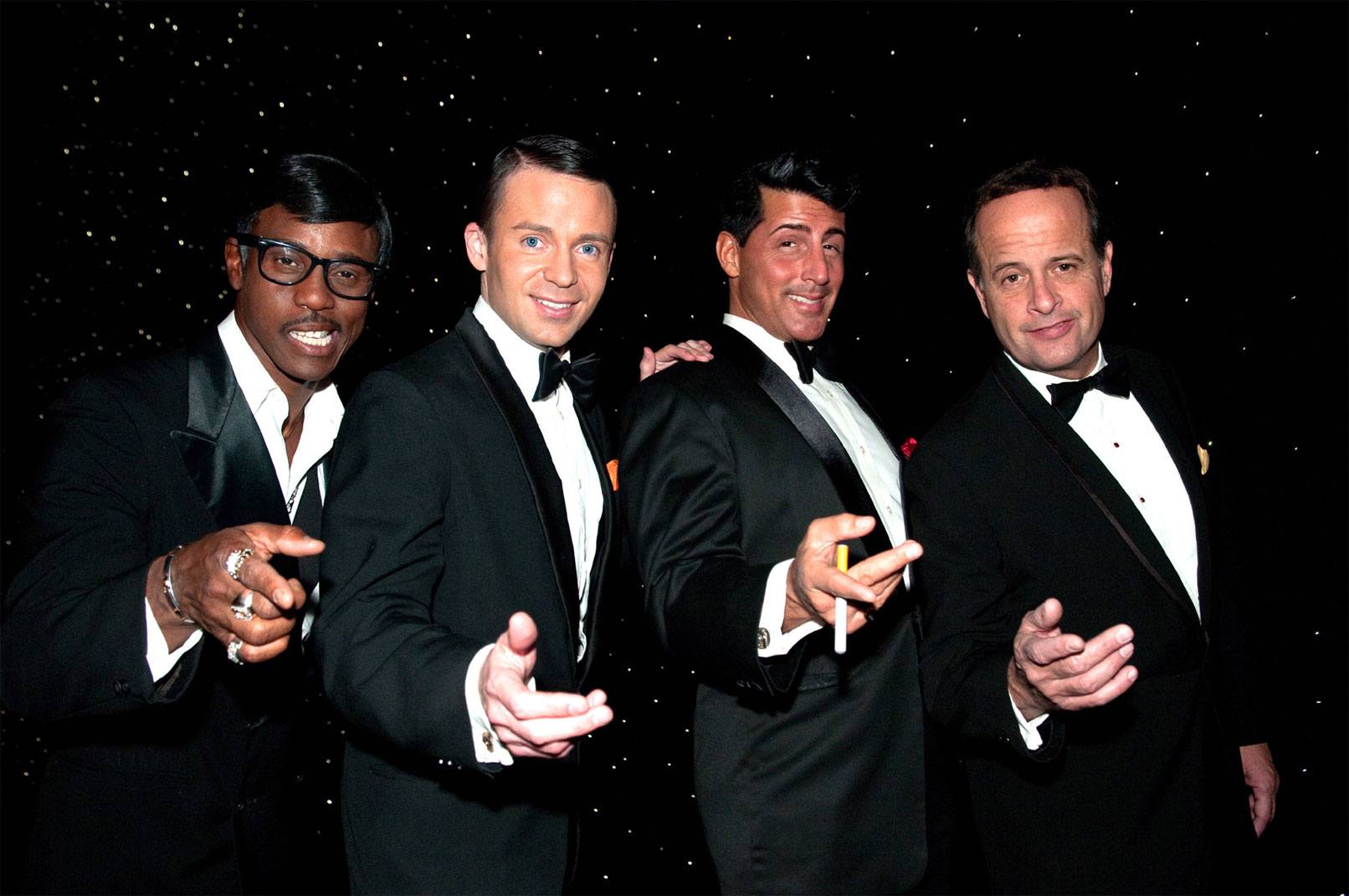 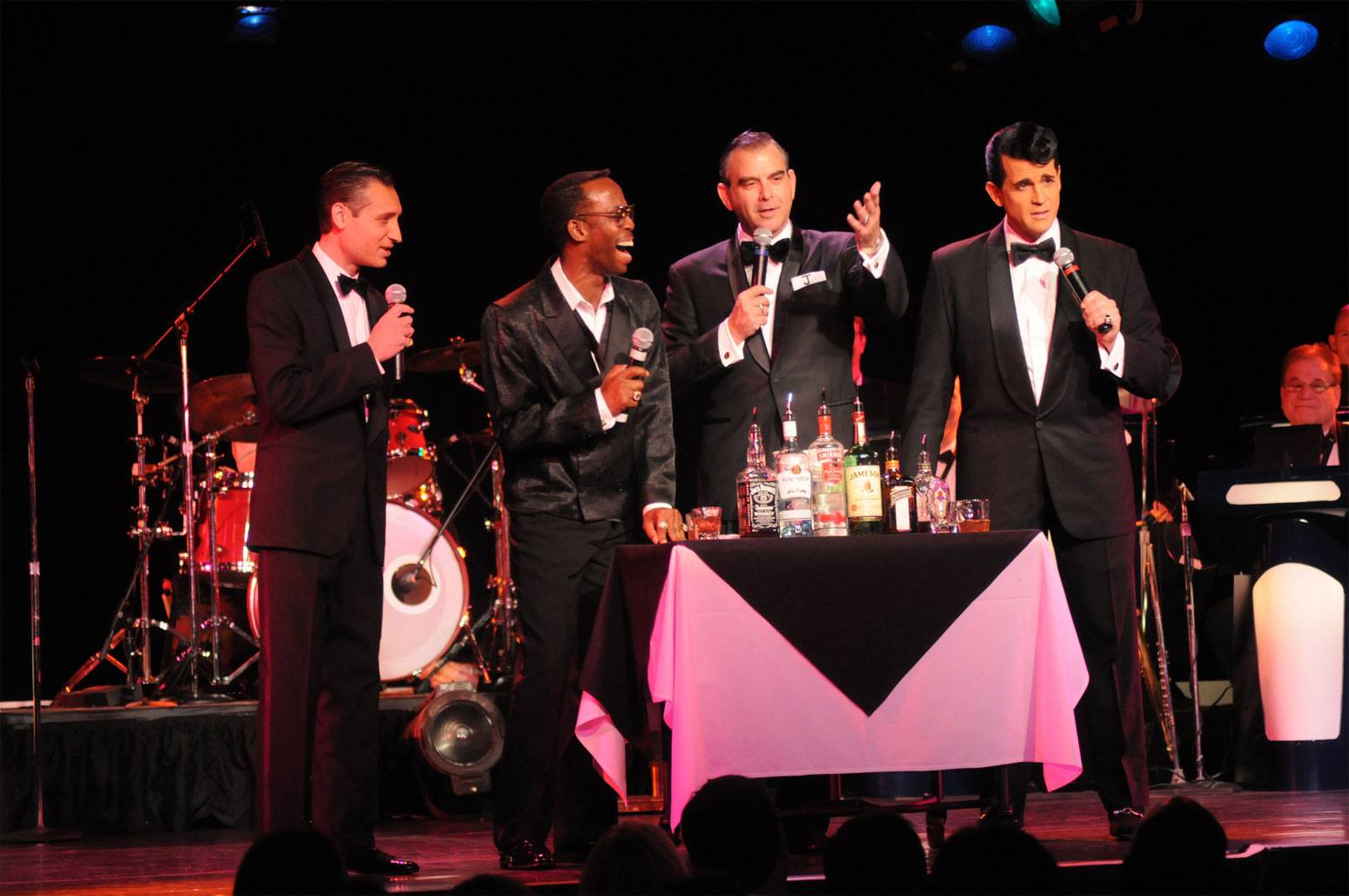 .The Rat Pack is back

The Rat Pack is back is an outstanding tribute show, which shows that true talent has no boundaries. The show is started by the group of entertainers in 1960, who went to Las Vegas to film movies and to perform two shows per evening in Vegas. But fortunately, the performance of the group turned into one of the greatest acts that the entertainment industry would have ever known. Since then till now, the show is extremely popular and receiving overwhelming appreciation from the crowd of Vegas.  Yvegas .com is the best source of ticket from, where you can book the ticket for the Rat pack is back at the best price.

A complete description of the show:

If someone asks us to rate the show out of five stars, then we will rate it with five stars. Yes this is a truly wonderful show, where you will experience the real class of Vegas. Frank Sinatra, Sammy Davis Jr., and Dean Martin are the main star of the show; they define the real talent and represent the multiethnic American democracy in the show in 1960.

The performance of tribute artist is incredible, whether performance or mannerism they portrays the real character beautifully. The show commence with a custodian appearing on stage with a broom. All the time the janitor is sweeping, he is talking about the good old days of Las Vegas entertainment. Suddenly the stage explodes into excitement when a twelve piece orchestra starts up with some lively music.

Book the ticket with us and see how the casts portray these trios (Frank, Sammy, and Dean Martin) with perfection. With acting, singing, and comedy the casts leave the audience spellbound. To keep the show engaging and fresh, casts rotates their performance. Apart from the singing and comedy, you will see the life journey of the main stars.

The Copa show room is perfect venue for such show. The entire arrangement is perfect and the theatre is equipped with cutting-edge multimedia effect and state-of-the-art sound system. Guests can also indulge in a three course price-fix meal option at the Garden Café which includes cuisine selections for vegetarians and meat lovers.

So what are you waiting for?  Book your ticket now, before you lose a good opportunity to watch the show at the reasonable price. Experience the coolness, charm, and stage demeanor which truly create a spiritual reincarnation of the original Vegas legends. Enjoy  the smash hits  such as “My Way,” “Mr. Bojangles,” “Luck Be a Lady,” “Fly Me To The Moon,” “New York New York,” and more!

Dick Feeney is the mastermind of the show, he manages the show perfectly. With good management skill and intelligence  he not only keep the show fresh and engaging but also he finish the show with perfection. Brian Duprey, David DeCosta or Nick E’Egidio portraying Frank Sinatra; Drew Anthony has a similar appearance to a younger Dean Martin; Kyle Diamond or Kenny Jones can play an intriguing Sammy Davis Jr. Originally Jeff Applebaum and Sandy Hackett portrayed Joey Bishop and their appearance during the show may vary from time to time.

The rat pack is one of the best tribute show... The performance of the tribute artist is fabulous..Frank, Sammy, and Dean Martin are the best artist...i love it ....