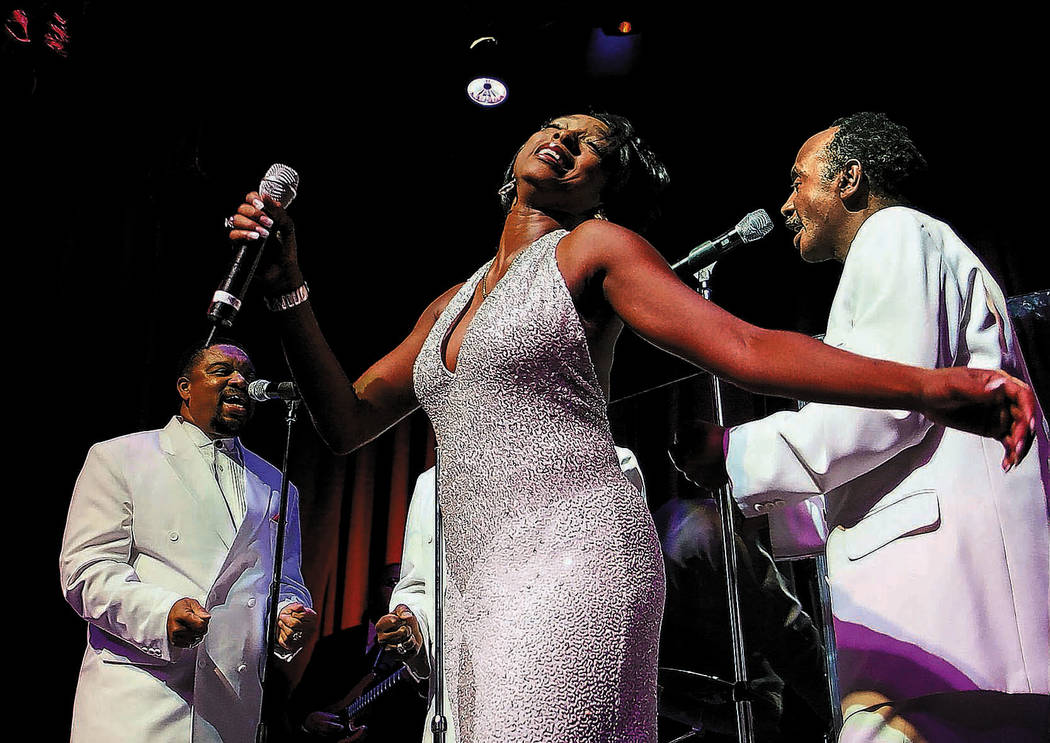 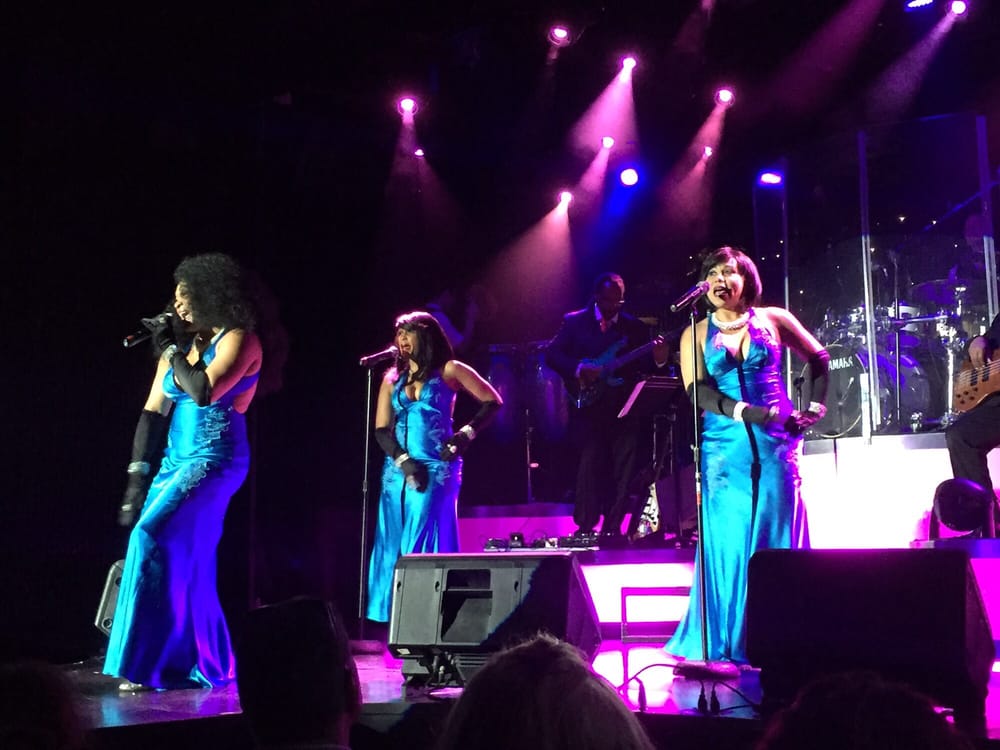 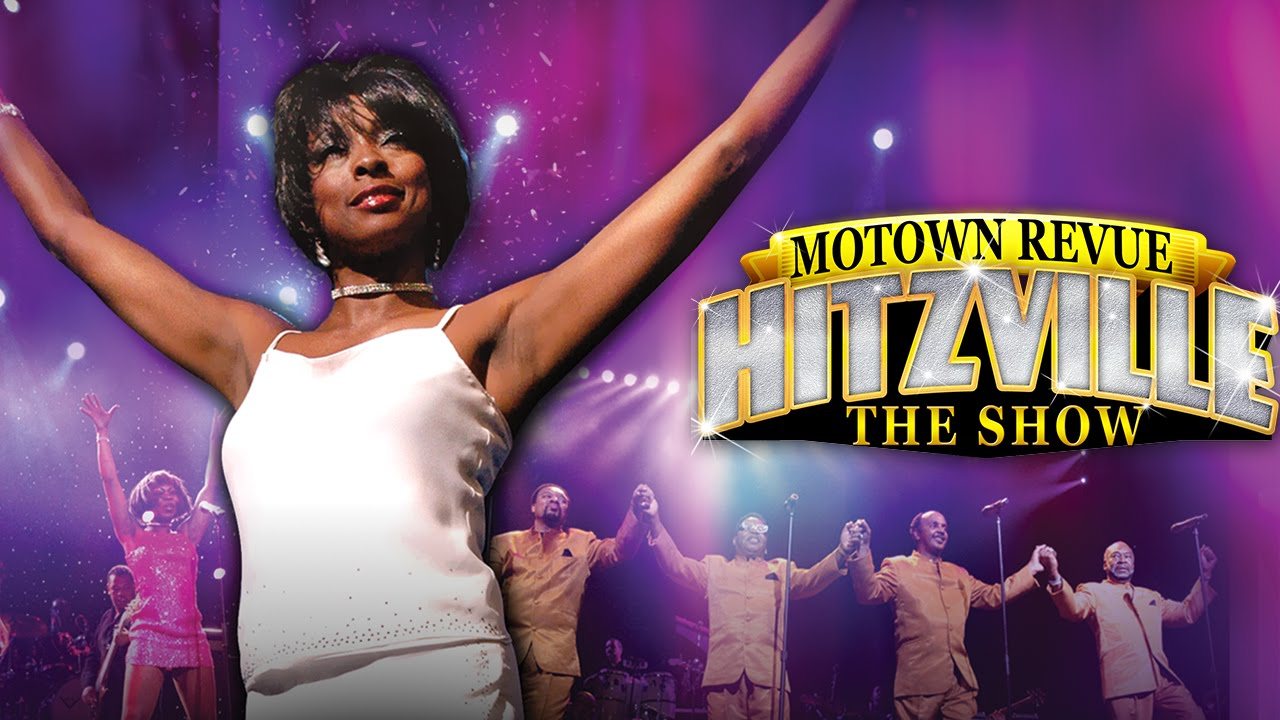 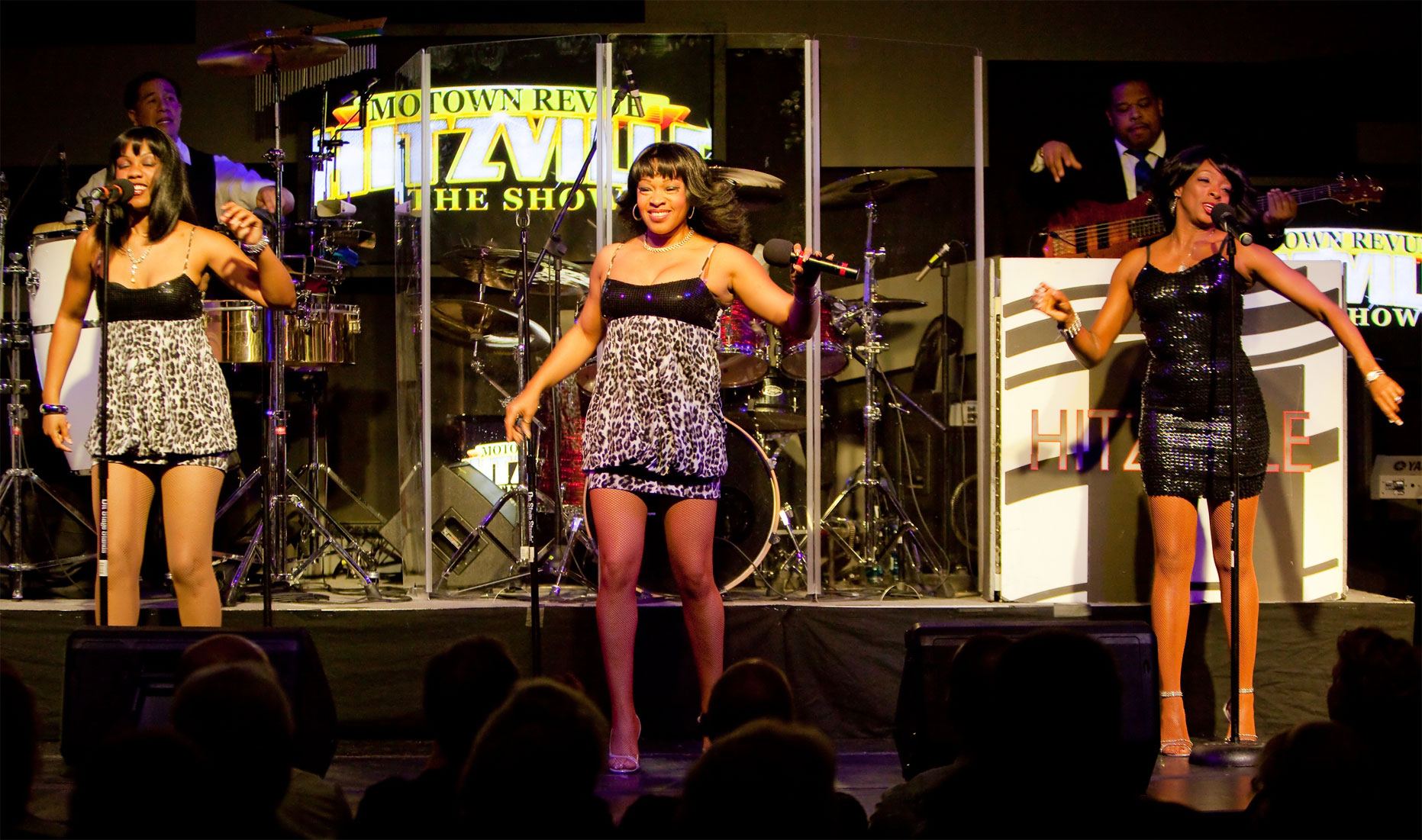 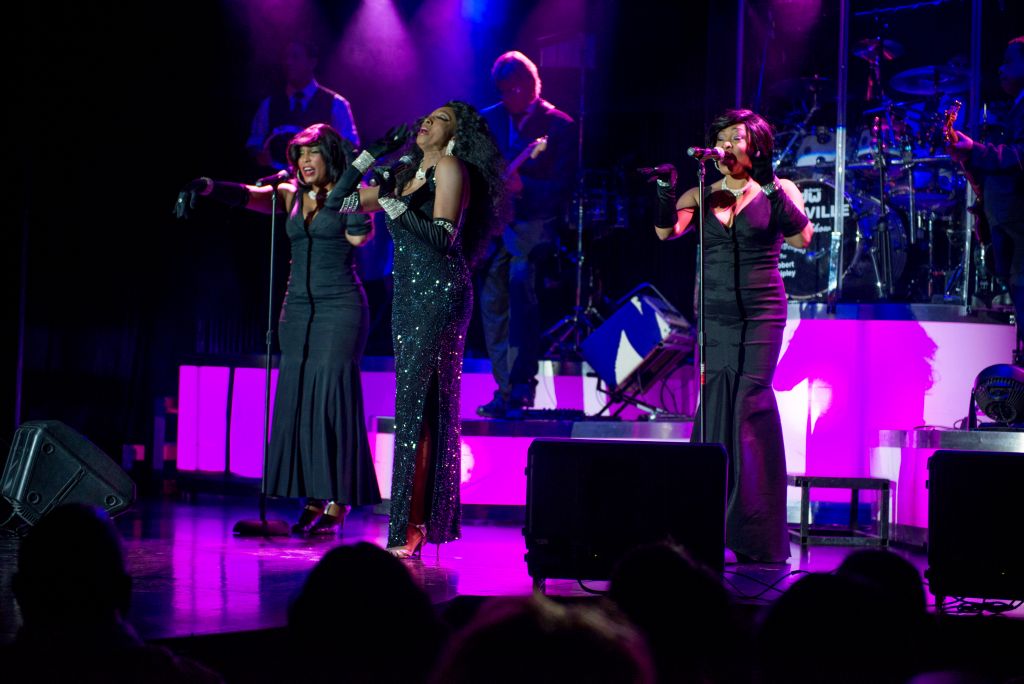 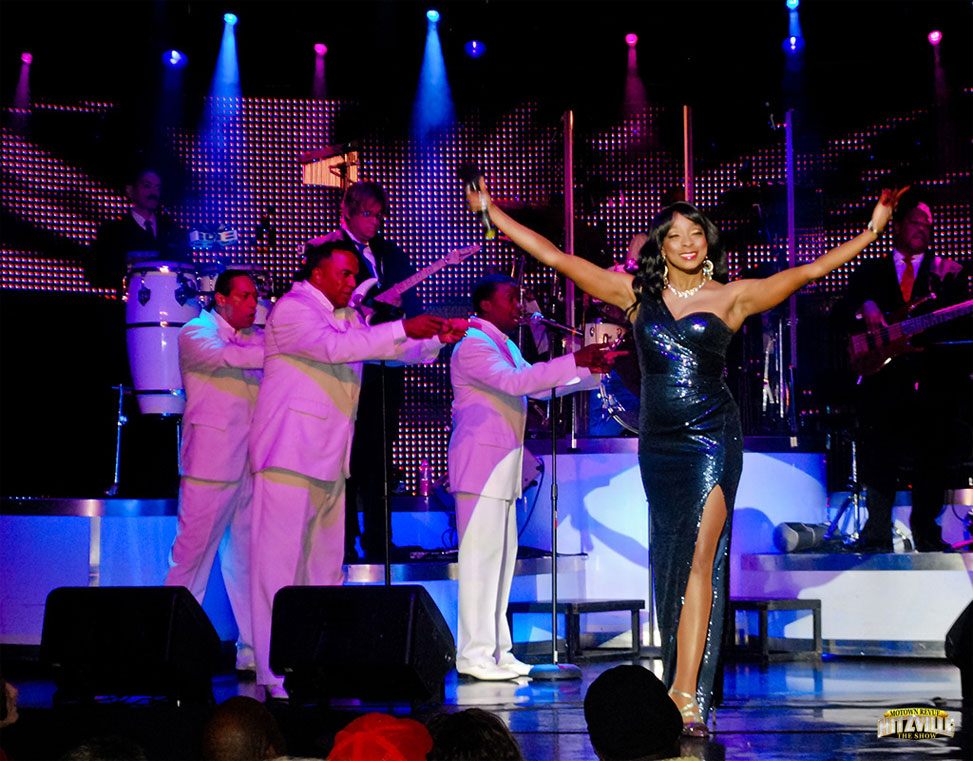 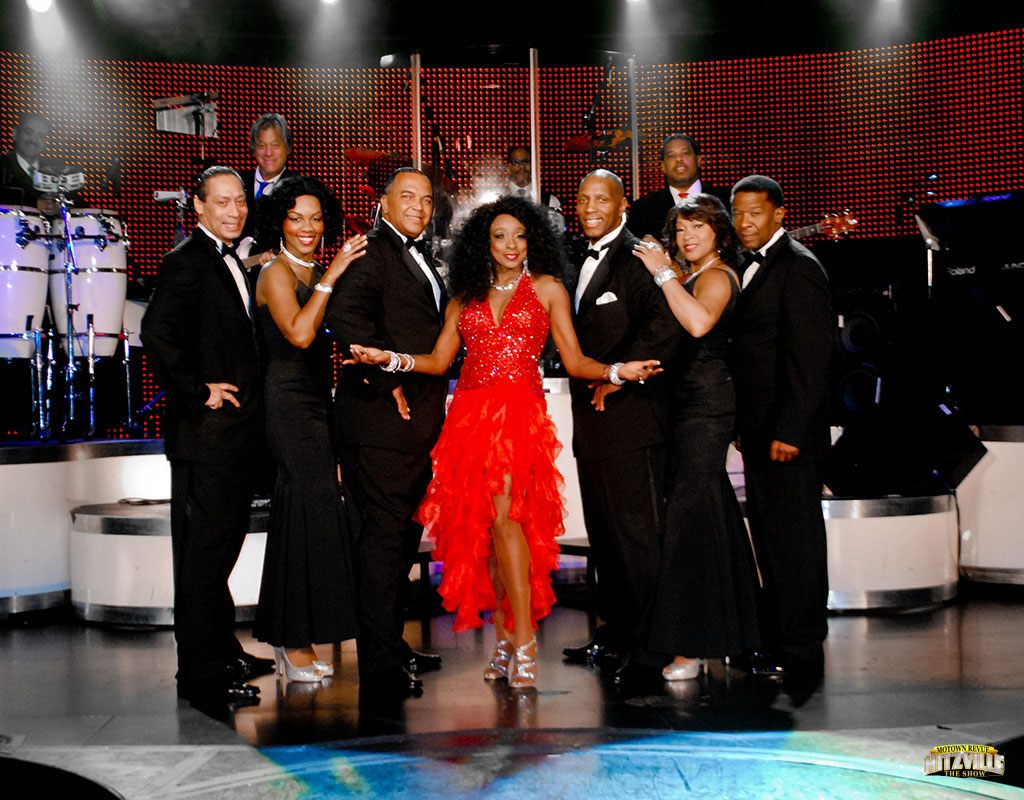 HITZVILLE is a classical tribute show in Las Vegas. This is a fascinating show, where you will enjoy music of all genres. No matter how old you are, the show is open for all age of groups. The show is organized at famous Miracle Mile Shops at Planet Hollywood Resort and Casino in Las Vegas. And there’s no better place to get your tickets than right here at Yvegas.com.  The show is excellent blend of song and dance features hits from the legends of Motown, including Gladys Knight and the Pips, The Temptations, Tina Turner, The Four Tops and Diana Ross and The Supremes. The show revolve around seven members band, a trio of women singer and quartet of men who create that huge Motown sound. Jin Jin Reves is the star of the show, who engage the audience with her energetic and soulful performance. Apart from singing, she is also well known for versatile acting. She has even graced the stage at the American Music Awards and performed under dance greats such as Alvin Ailey.

The 75 minutes show, HITZVILLE is a musical extravaganza, where you will enjoy some classic hit song between 1960 to 1980. Jin Jin is the main star of the show, who construct the entire show beautifully. The whole show revolves around seven members who performs on the classic hits of Hollywood.

Jin Jin Reeves is the consummate performer being able to switch gears from being Diana Ross to Tina Turner. Jin Jin’s soulful voice is perfect for the songs that range from What’s Love Got To Do With It to My Guy to Ain’t No Mountain High Enough. At times during the show Jin Jin is so realistic that guests might think they are actually listening and watching Diana Ross or Mary Wells.

The choreography is absolutely fantastic, the performance of the casts throughout the 90 minutes remain incredible.  To keep the show fresh and engaging, casts rotate the performance.  Jin Jin is creative and she strives hard to make the show fascinating. The stage show features many facets of Motown music and guests are sure to be pleased with renditions of such groups as the Temptations, The Four Tops and Stevie Wonder. The show becomes more engaging and fascinating when male dancer grace the stage with stunning dance.  The atmosphere at the V theatre is filled with appropriate props. The state-of-the-art sound system and cutting edge multimedia effect enhances the production show. So what are you waiting for, you are at trusted Las Vegas show directory, The Show has all right elements of a top notch musical evening when patrons are looking to have their mood lifted in a musical and spiritual way.

Born and raised in Michigan USA, Jin Jin Reeves was passionate after singing, acting, and dancing from childhood. At the age of 14, she was awarded as the best female entertainer in Michigan. Working with, some veteran professionals like Ricky Martin, Celine Dion and Madonna was turning point of his career and after that she never looked back.

This is a great show, I would recommend you to watch it, don’t miss it.