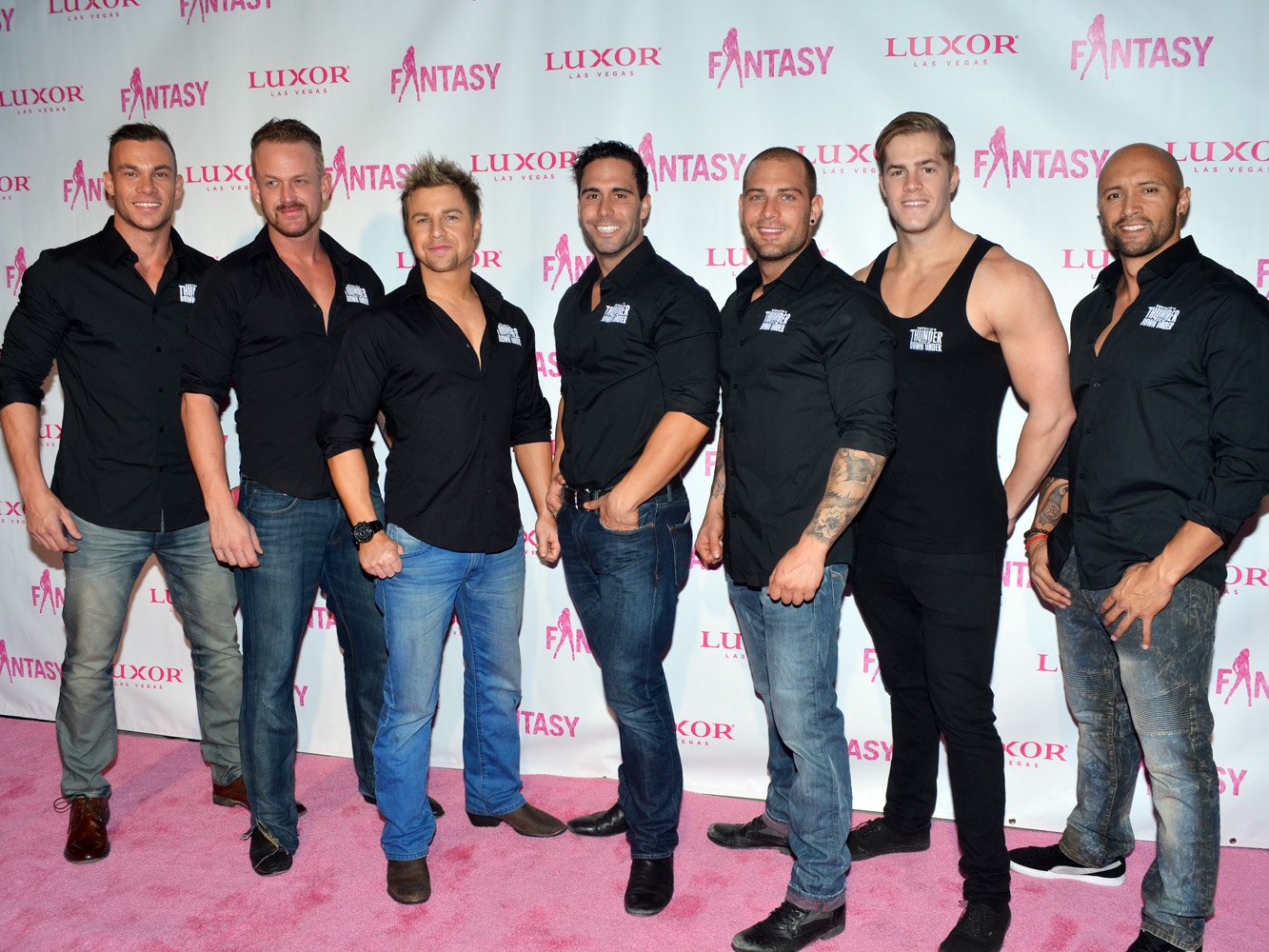 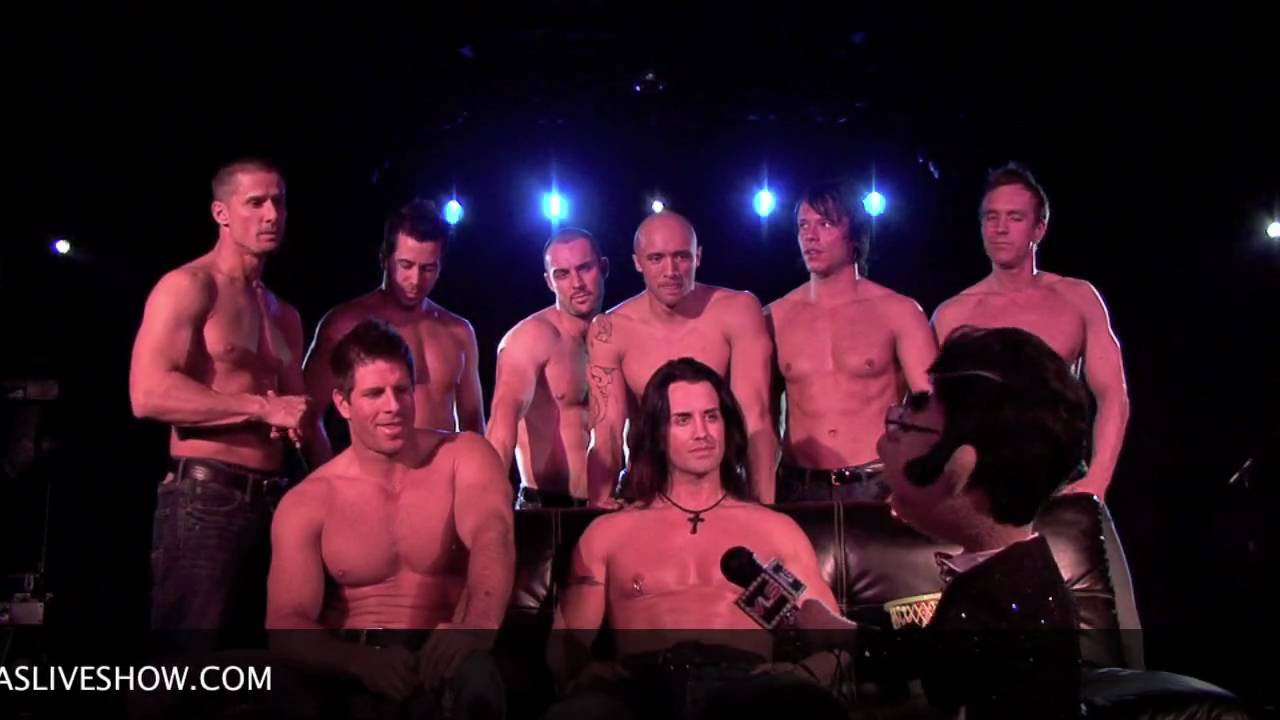 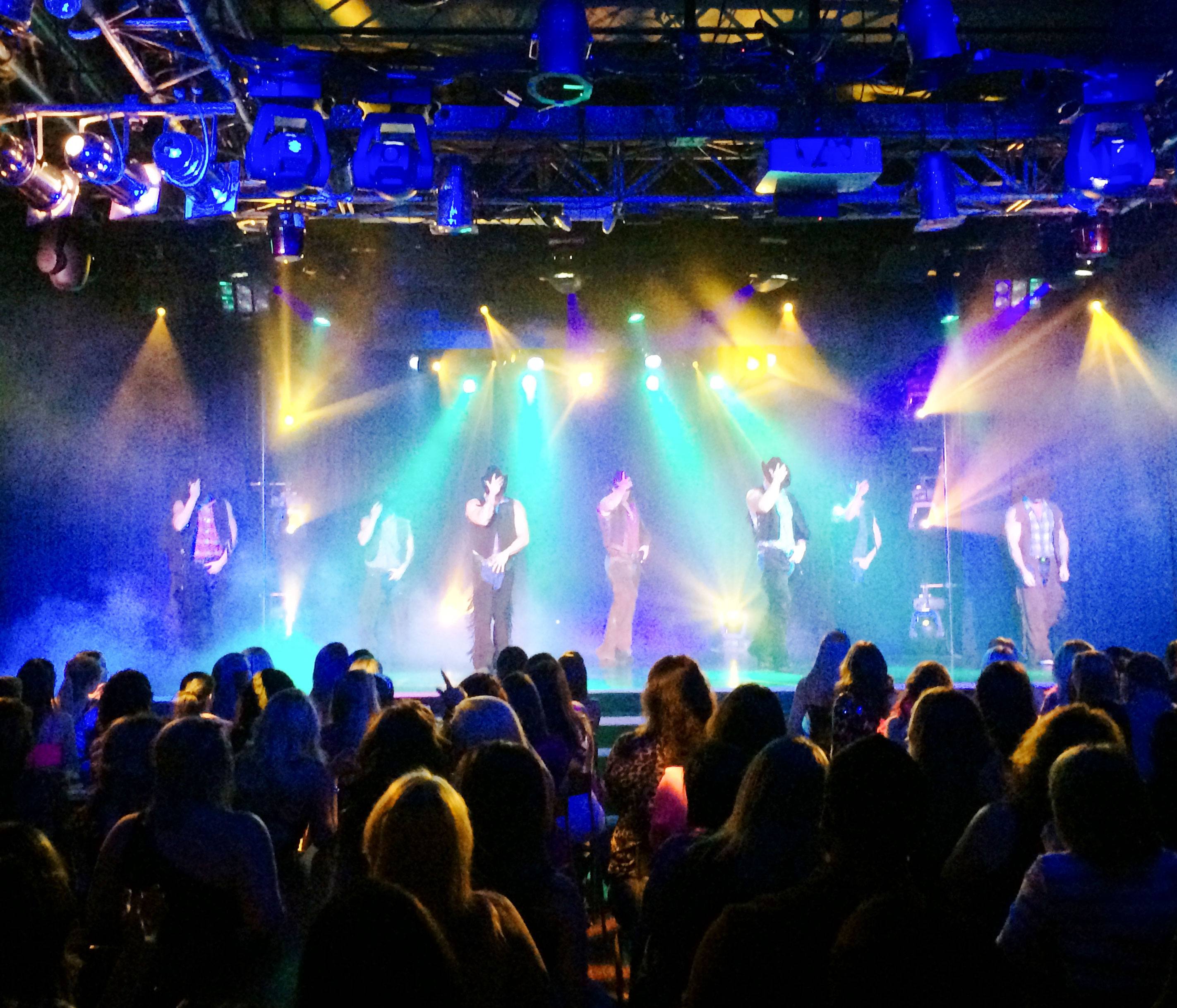 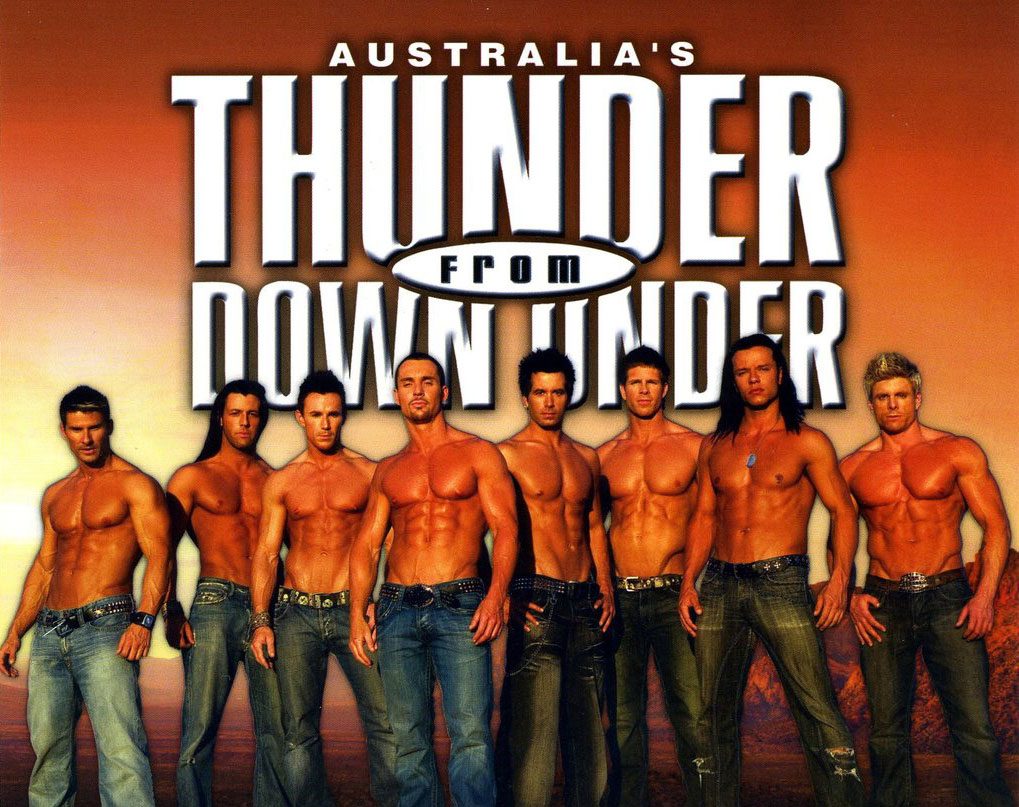 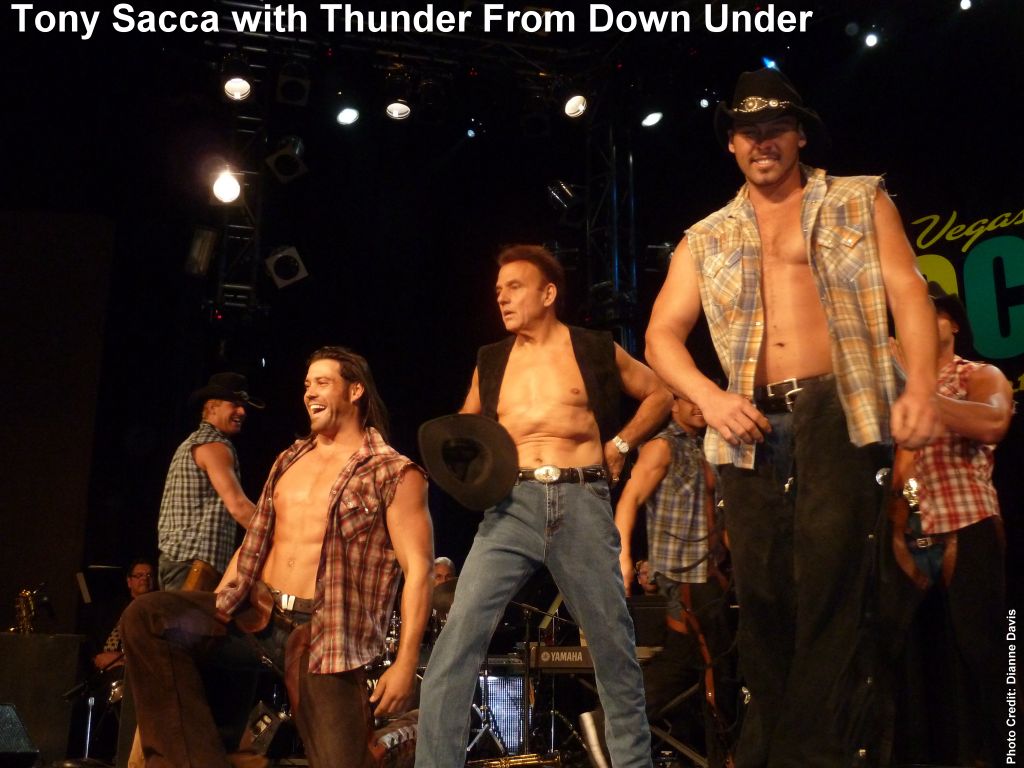 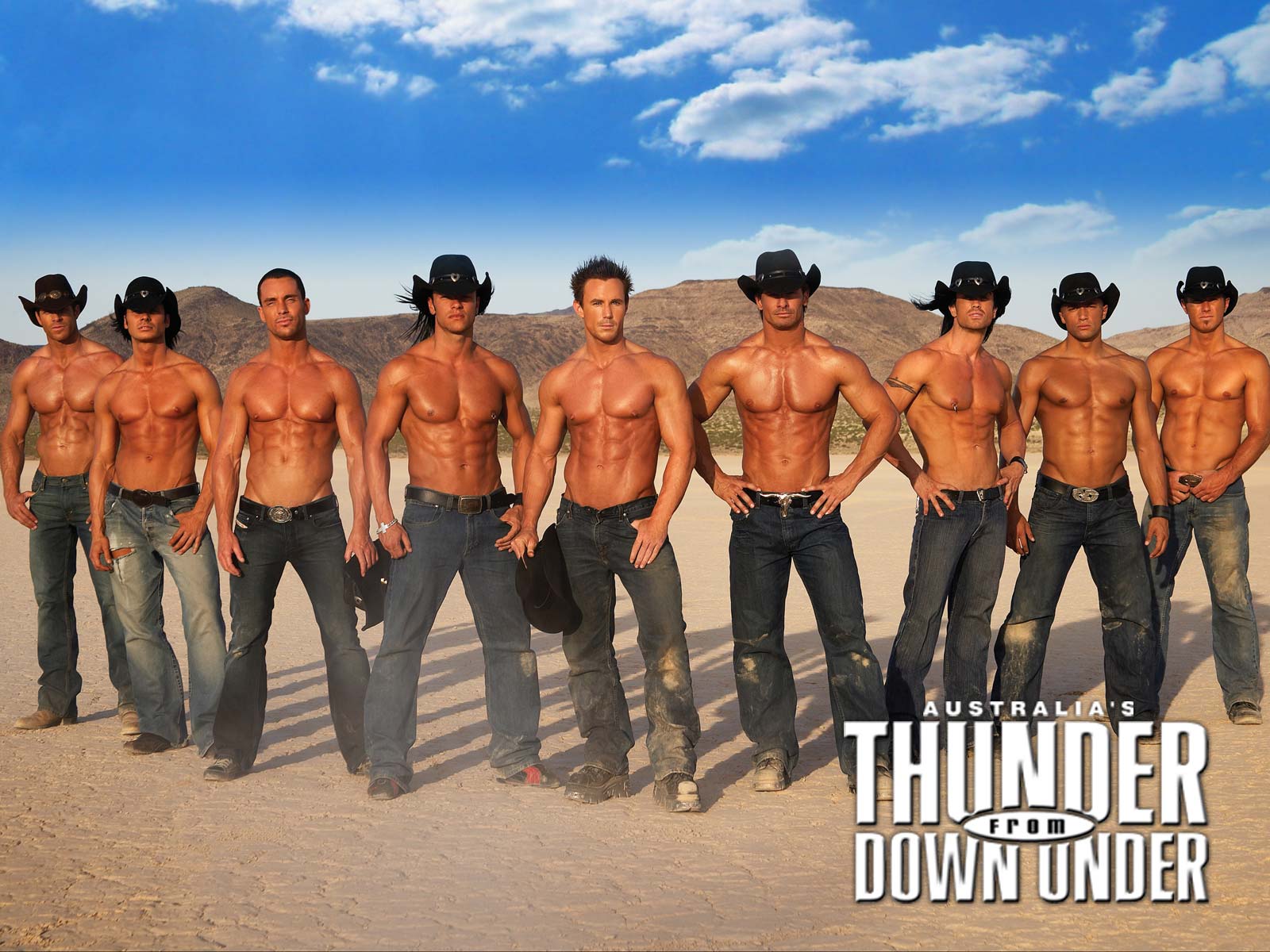 .Thunder From Down Under

Ladies are you ready for ultimate fun in the Sin City? Do you want to spend an entertaining night in the entertainment capital of the world? Do you want to see the stunning dance performance and acrobatics of handsome men? Then, Thunder down under is the best production show for you. This is the show, where you will see handsome and sexy men who seduce the women in this ultra-sexy show. If you are 18+ and want to see something exciting and glamorous then don’t miss such show. This male dancer in the show comes with sexy costumes and their performance makes sure you get exactly what you came for. The dancers are extremely talented and with their sexy moves, they give the female a feast of flesh and fantasy the Greek Gods would be proud of. During the 75 minutes, each performer embodies a different female fantasy and brings it to life on stage.

Since inception, Thunder from down under has been pleasing the crowds of screaming women in the Sin City. During the 75 minutes, all male dancers in the show dance with high energy that is matched by the energy of the audience. From the past two decades, the show is thrilling the audience members from all over the globe. The show is all about dance, male strip tease and raw sexuality.  Their splendid personalities help move the show forward while patrons are asked to join them on stage for some bumping and grinding with those hard sweaty bodies. The Kiwi cast from New Zealand includes Aidan, Clint, Leigh, and Dave. This is an extremely popular show, brings the house down every night with their performances, which go from fully clothed to barely there one piece of clothing at a time. Book your ticket for the show watch as the cast re-creates some of your favorite characters, such as Captain Jack Sparrow from “Pirates of the Caribbean,” the chiseled Spartans from “300” or a fireman who is ready to sweep in and ignite the flames of your heart! No matter whether dancers are from Australia, New Zealand or the USA they remain energetic and leave nothing left to the imagination when they are through with their routine.

Thunder from down under is perfectly choreographed the six men in the show dance and interact closely with the ladies in the show. They choose the ladies randomly and bring her to the stage. The showmen dance to the tune of the famous song and remove their cloth step by step. To keep the show, fresh and live dancers rotate his performance. Themes which are explored include a muscular milkman waiting to sweep that unsuspecting housewife onto the stage. Another scene is played out by Tarzan who jumps on a table, gets chased by a gorilla and eventually is drenched by a beer. The show becomes more engaging and sexy, when these men reach among hot and sexy women in the crowd, these ladies don’t leave them easily, and they hug her tightly. These ladies reach to the stage with these men; they dance with them and take a lovely snap. Another segment of the show might include a sultry dance that starts on a bed made of feathers and ends with a flamboyant leap across the stage. Uptown Funk is creative and the men are downright dirty as they sway their hips as well as thrust their bodies in different directions as the audience cheer loudly with approval.

Thunder from Down Under is extremely loud and buzzes with excitement as the many fans shout out their pleasure. The handsome male dancers grace the stage with their incredible performance. The stage performances are choreographed to a variety of music which energizes the different dancers to a heightened frenzy. The show is organized at grand Namesake Theater within the Excalibur Hotel and Casino. The entire arrangement is perfect for lots of interaction with the sexually heated audience.  With excellent seating arrangement, great sight view and handsome male dancers this show fascinate the crowd. There are also packages available for bachelorette parties, a girl’s night out or a birthday party. Men do attend but the audience is primarily females who are looking to watch some hunky male eye candy dance provocatively during the show. Thunder from down under is not only popular in the Sin City but also popular in the country like UK, Australia, and New Zealand. Throughout the 75 minutes, ladies scream on each step. The dancers are handsome and their bodies will leave the audience drooling with carnal thoughts of nastiness for days and nights in the future.

The cast of Thunder from Down Under rotates on a consistent basis with such standout hunks from Australia and New Zealand as Ryan P., Alex, Edward, Jason, Dylan, Clint, Aidan, Dave, Matty, Daniel, Ryan B., Leigh, Beau H., Ryan A., Marcus, Stephen, Kurt, Beau C., Malik and Darren.

Why watch Thunder from Down Under?

Dynamic dance routines, colorful costumes, state-of-the-art lighting, hilarious humor, and hard bodies make the Thunder experience like no other male revue show in the world. It's the Thunder touch that has intrigued ladies around the globe and created a devoted fan base.

Cool boys are dancing on the stage in thunder from down under las vegas Show. Just amazing performance.

by SerenaThunder From Down Under

If you ask us to rate thunder from down under show out of five stars, then we will rate it with five out of five stars. The show is exclusively made for women. Don’t miss it, you will get ultimate fun.