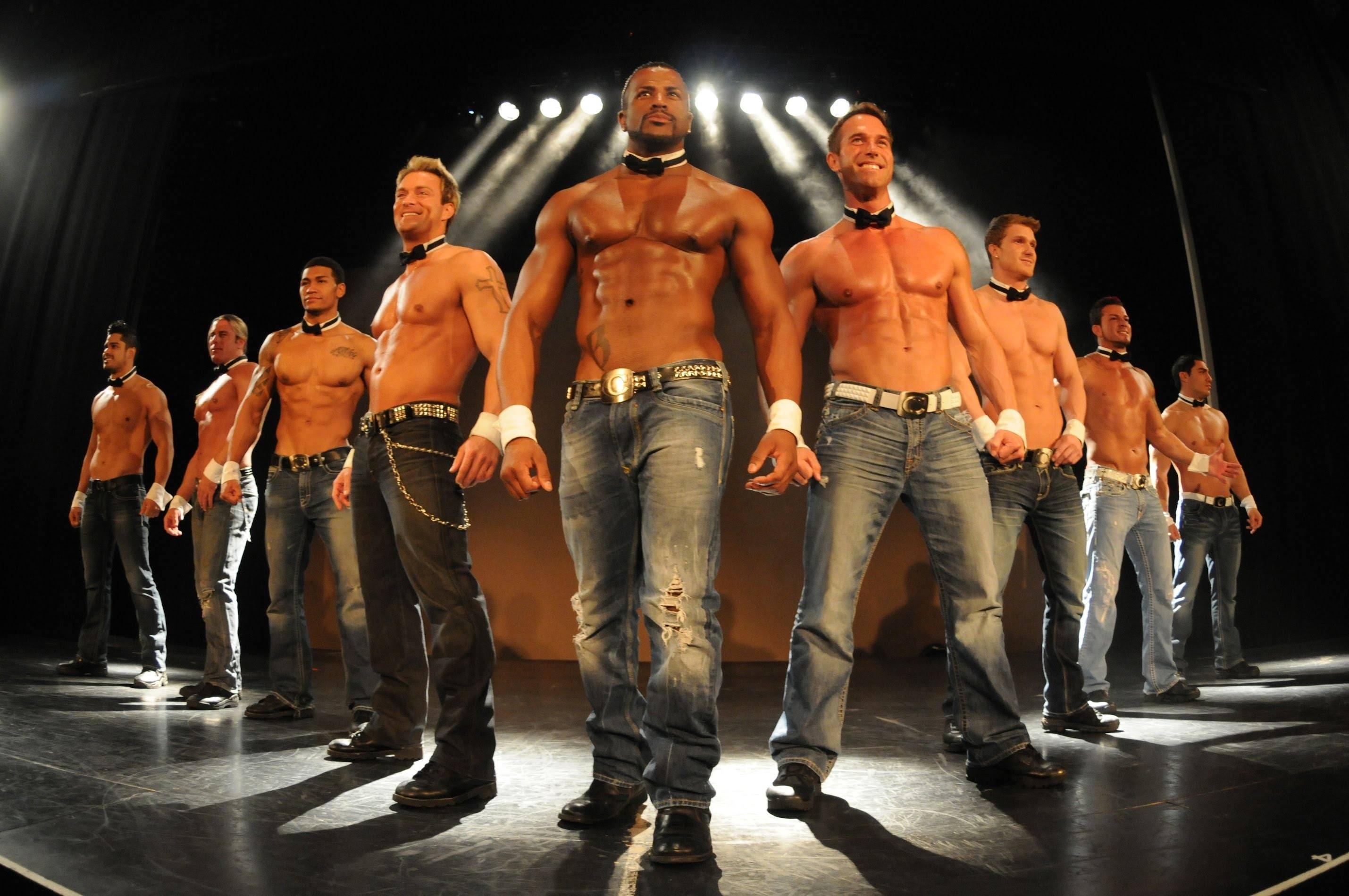 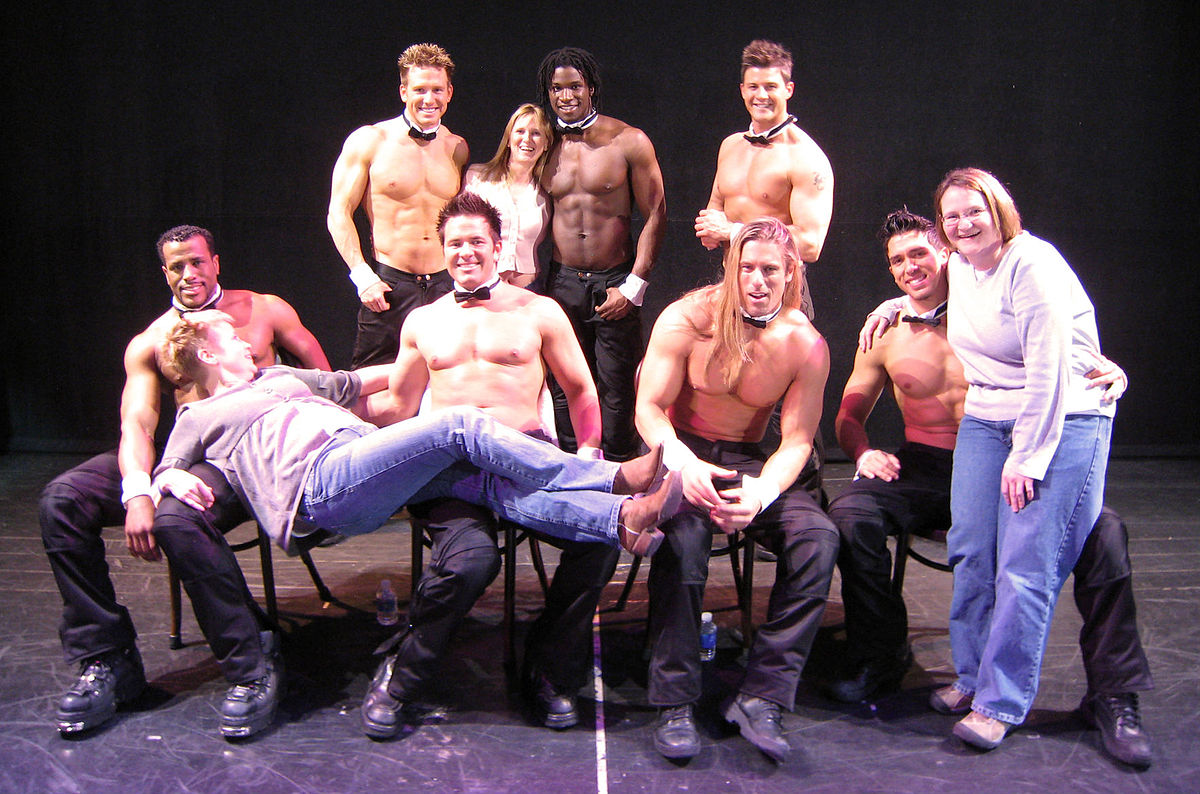 Chippendales is the hottest adult show for women in Sin City, the show is filled with glamor and excitement. Get ready to be wowed by the Chippendales with us. The show is voted as ‘Best Male Revue’ in 2016 by the Las Vegas Review Journal, the Chippendales is a must-see for birthday girls, bachelorettes, & girls wanting to have fun. Be prepared to sing, dance, and lose your inhibitions at this high energy, high-class full production show. The Chippendales perform nightly in their own custom theater, complete with a chic lounge and retail boutique, at the RIO All-Suite Hotel and Casino.

Upon entering this playground for women, groups of girls are overtaken by a party-like environment where they can let loose without being judged and appreciate the fantasies played out on stage - and they do. Over the course of 75 minutes, this interactive show features 12 disarmingly sexy men who playfully engage with their audience to ensure every woman leaves Chippendales with a smile on her face. From men in uniform to men out of uniform, the show captures a perfect balance of sex appeal and tasteful teasing – guaranteeing something for every woman. After the show, the audience is invited to the Flirt Lounge to have a drink, take pictures, and meet the guys who surprisingly, are quite down to earth and approachable - despite their iconic status.

A complete review of the show

While standing on stage wearing the signature Chippendales' costume - a bow tie, wrist cuffs and jeans, the men fulfill just about every female fantasy, but they do a lot more than just look pretty. These men can dance and they demonstrate their aptitude in pelvic thrusting and hip shaking to the screams of women in the audience cheering for more. Every member of the sexy cast is good looking and varied enough in appearance to suit all tastes. "Tall, blonde, dark and lean rough and tough and strong and mean," this show has it all. The uninterrupted flow of gorgeous performers entering and leaving the stage becomes a collage of fantasies.

With each new scene, the men portray a different naughty dream of sorts. First, it's construction workers, then Cowboys and later doctors looking for a patient from the audience. Women leap out of their seats in hopes of being selected to join the hunks on stage. Ladies, brace yourselves because you have a few opportunities to get your hands on these cocoa-butter-basted babes. Throughout the show, they walk into the audience to dance and flirt with women in the crowd. While the men may not be available, you're still in luck if you're looking for a keepsake to take home. The performers' white tank tops are one of the first things that are torn off every time they strip, and the shirts usually get thrown into the crowd. These former Chippendale-chest-hugging tanks are a hot commodity. Women in the audience don't hesitate to jump and dive to get their hands on them.

When it comes to having fun for a girls' night out, bachelorette party or another special occasion, Chippendales the Show is the epitome of every female fantasy. Afterward, you can continue your night of male indulgence in Flirt Lounge located next to the showroom. The performers invite everyone to join them there for some fun after the show.

The history of Chippendales:

Soumen Banerjee an Indian American entrepreneur is the founder of the Chippendales. The concept of the male strip show was brought to Banerjee and Nahin by Snider who was desperate to revive his nightclub business because other ideas of backgammon and female mud wrestling were failing. Banerjee was the creative force behind Chippendales, packaging the idea of a male burlesque show with the name of elegant furniture in a night club venue that was clean and refined, and that allowed women to feel comfortable watching men strip down to a G-string. The initial script was written by Richard Barsh, who was the show's first Emcee. The concept immediately gained a huge female following. Together with choreographer and Emmy award winner Nicholas De Noia and his associate Candace Mayeron Chippendales was expanded to New York's Club Magic, London, Hamburg, Amsterdam, Thailand, Australia, Philadelphia and Florida.

About Somen Banerjee, the founder of Chippendales:

Born in Bombay, 1946 Somen was very talented from his childhood and want to do something different in his career. So after getting a primary education in Mumbai, Somen moved to the USA, for a better future. His passion was always toward entertainment but his early life in the USA was not so easy. He has encountered too many challenges and seen ups and down in his professional life but he did not gives up and leaved no stone unturned to fulfill his dream to be a sucessful entrepreneur. After operating a Mobil gas station and a failed backgammon club, Banerjee bought a failed Los Angeles club named "Destiny II" and turned it into a nightclub that featured female mud wrestling and a "Female Exotic Dancing Night." It was the first of its kind in the United States.

Banerjee wanted to broaden the operation. So, the idea of Chippendales was soon created and, together with Nahin and Nicolas De Noia, was expanded to New York's Club Magic, London, Hamburg, Philadelphia, and Florida. Authorized shows also toured extensively in the U.S., Asia, and Europe. Later Banerjee hired choreographer Steve Merritt and his partner Mark Donnelly, who had a successful shows running in Las Vegas and London, England, to broaden the scope of the show and turn it into a Broadway-style review that Merritt and Donnelly thought would be more appealing t women, a change that proved to be wildly successful.

Chippendales Las Vegas is hot and sexy adult show for women. The dark, handsome and tall men amazed the audience with their mind blowing performance.