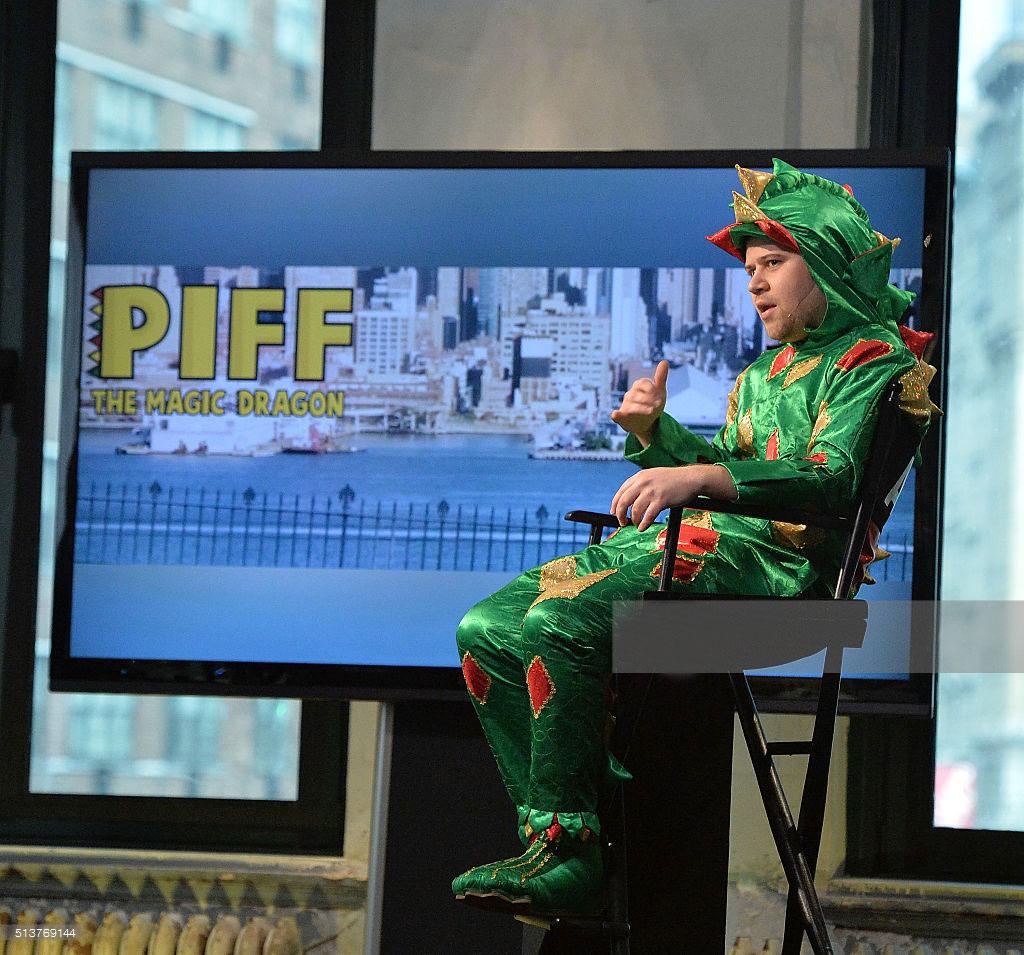 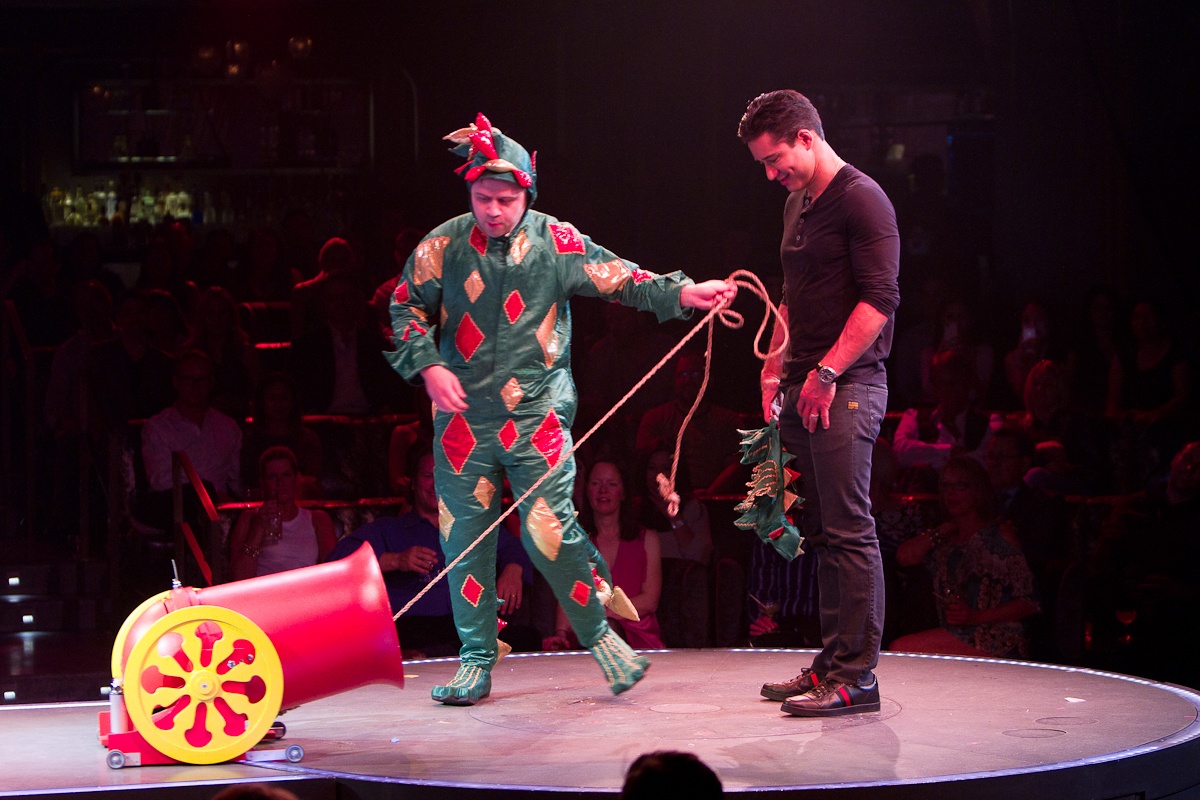 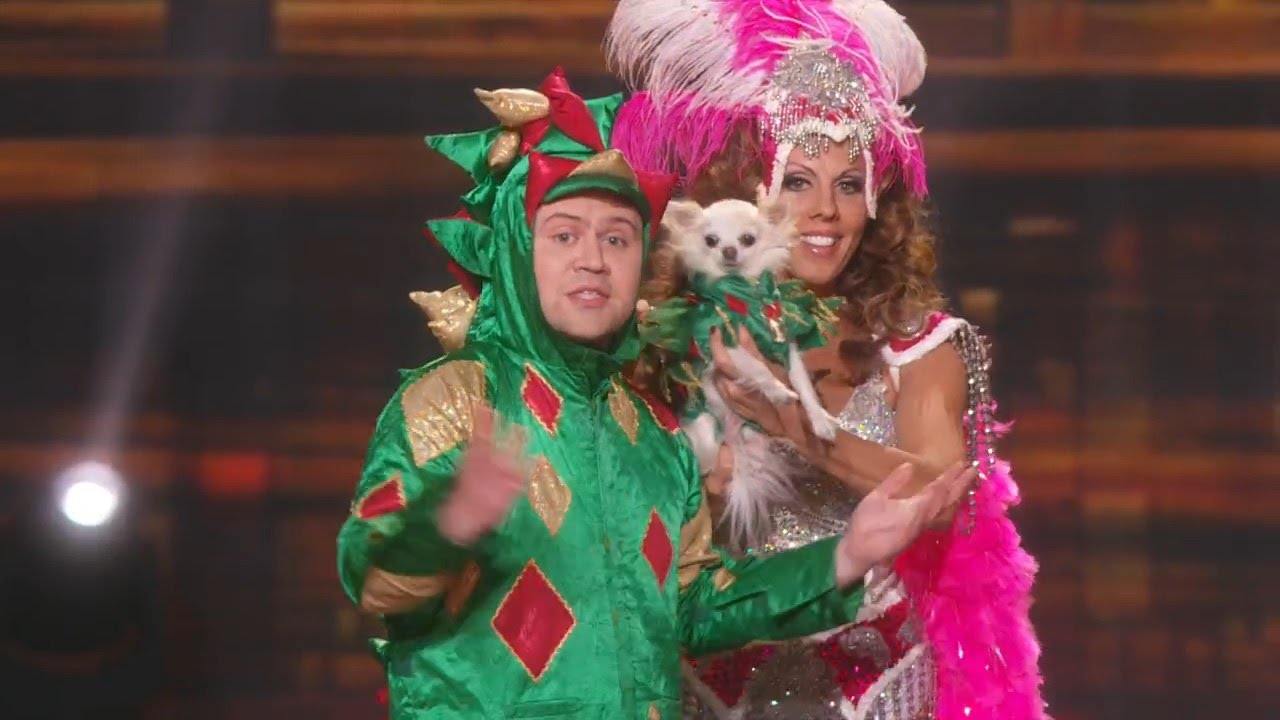 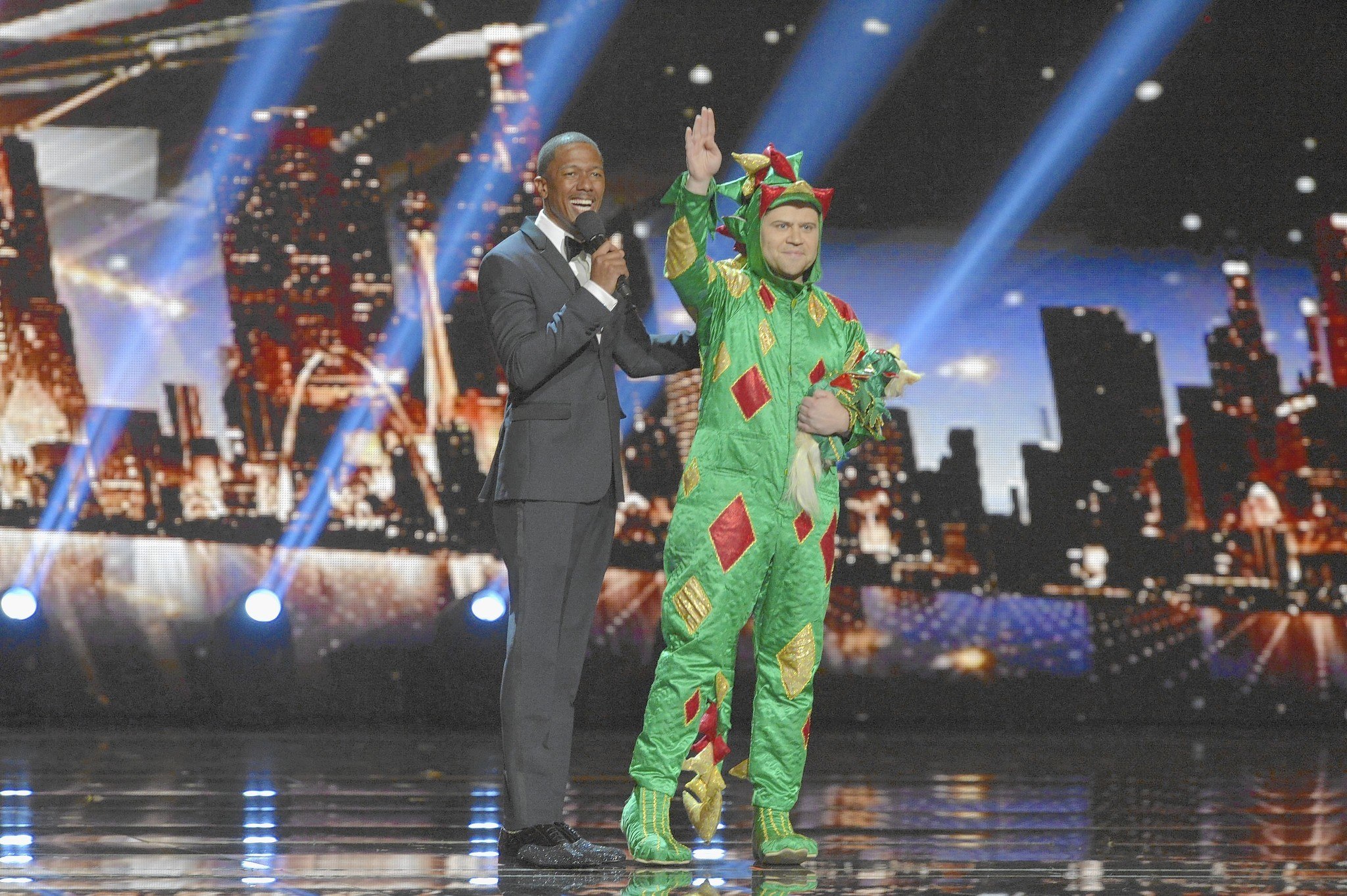 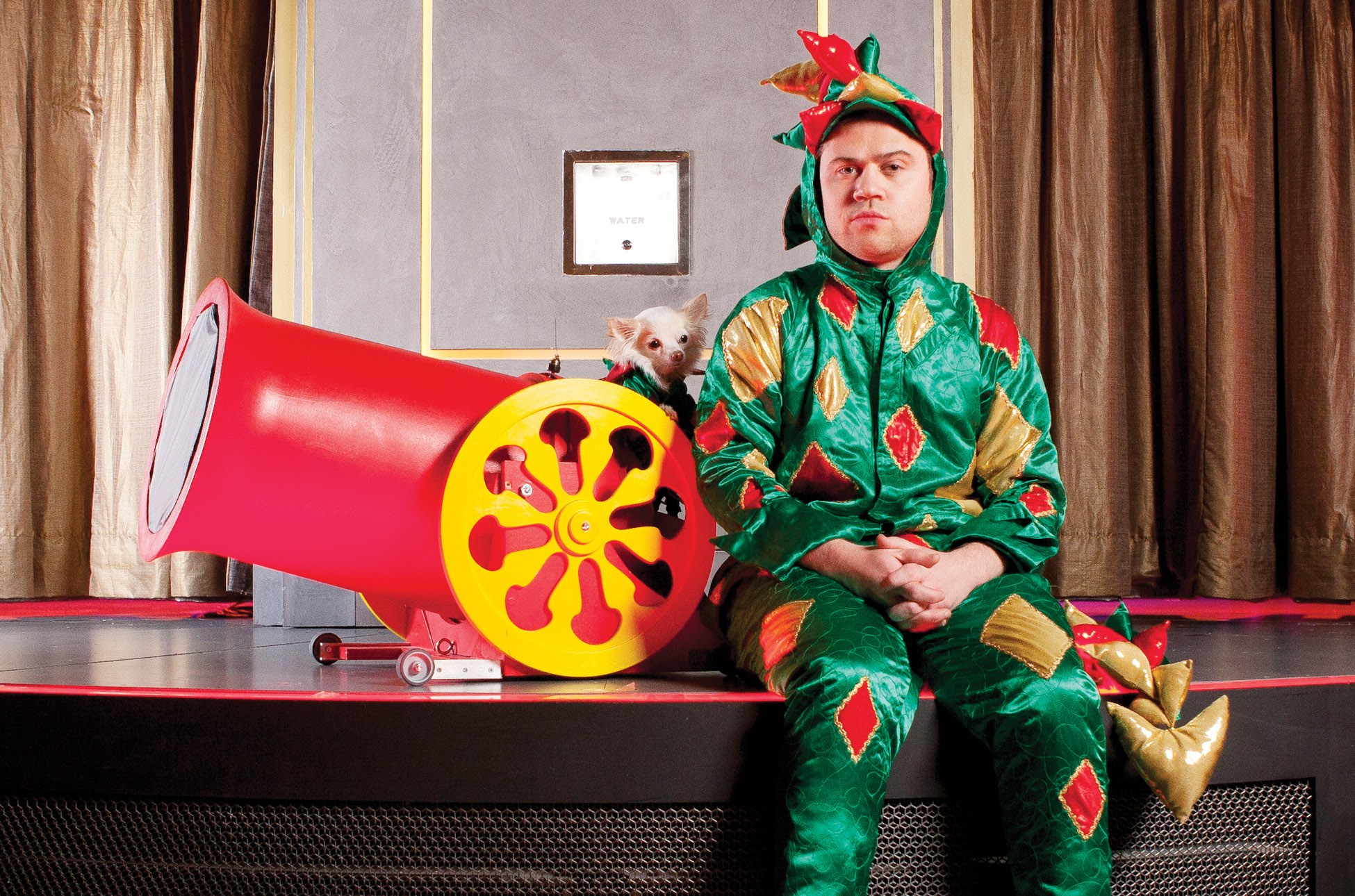 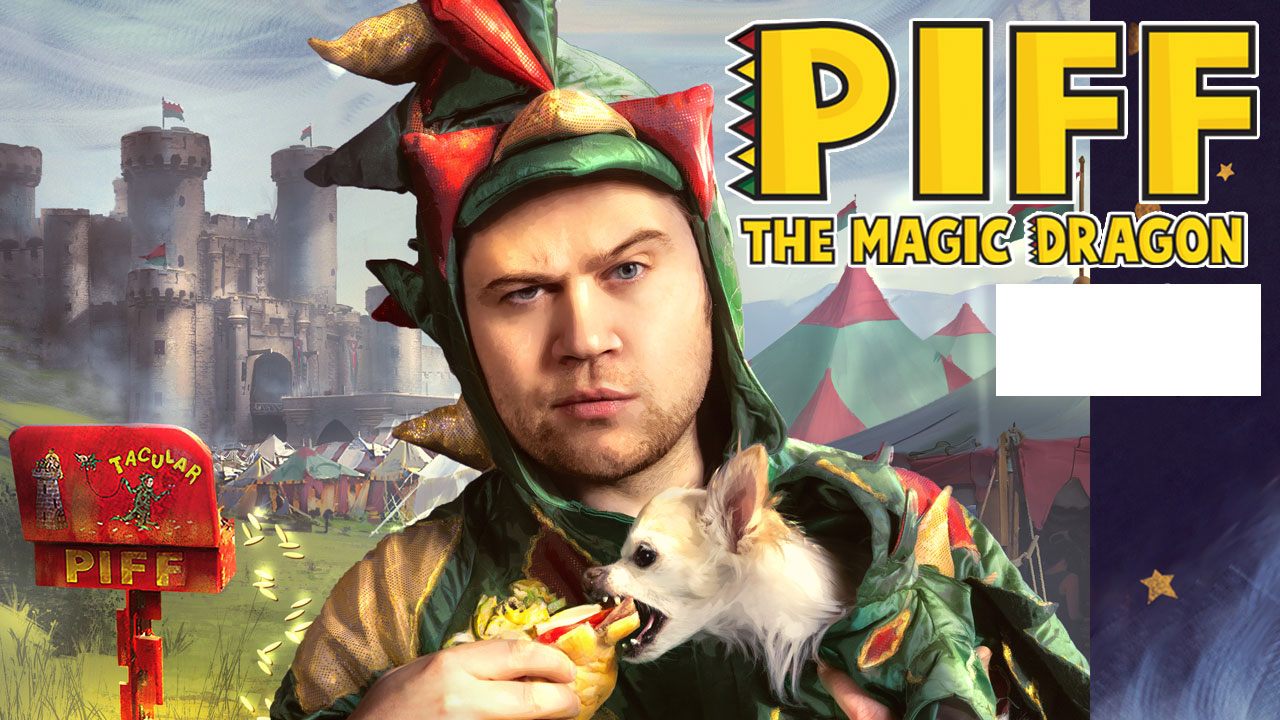 Piff the Magic Dragon show is a unique show in the Sin City. In this show magic performing Chihuahua wow audiences with their unbelievable selection of greatest acts from over six critically acclaimed shows. Yvegas.com is feeling immense pleasure to bring you front and center to see the “America’s Got Talent” stunners live in action with tickets at such great prices. It is really nice to see that a man dressed as a green dragon and his adorable dog would bring so much laughter and amazement into your life. So don’t miss such show, when you are in the city of light.

Piff the Magic Dragon show is a highly entertaining comedy and magic show that combines a talking dinosaur as well as a Chihuahua into the act. The 60 minutes show is filled with comedy, magic and mind reading that leaves the audience spellbound. The best thing is that there is no extravagant setting on the stage; using the stage props sparingly Mr. Piffles tickle the funny bones of the audience. Mr. Piffle is innovative and he introduces anew concept to keep the show fresh and engaging. Audience members might find Piff’s wit a little off center until people realize the humor itself is British in content which includes stupid things we have done as people and the humor is almost bizarre at times.

During the sixty minutes, the energy and stage presence of Mr. Piffle remain incredible. He and his adorable dog interact with the guest that is really fascinating. Mr. Piffles can remove a straightjacket faster than any dog and most magicians in the world. Mr. Piffles is a true professional when he discovers a missing playing card within a can of dog food.

The show is organized at Bugsy’s Cabaret located within the Flamingo Hotel and Casino, which is the perfect destination for such show. The venue is small but equipped with a state-of-the-art multimedia system that enhances the grace of the show. The multimedia effects with synchronized lighting are perfect. Stage props appear and disappear effortlessly on the stage, the show runs smoothly from each magical segment to hilarious segment. So, if you are looking for an entertaining event that combines the perfect amount of humor and magic, then this show is for you. So book your ticket and enjoy the highly entertaining show.

Piff the Magic Dragon is actually John van der Put who born and raised in South East London. Since childhood, he was passionate for magic and at eighteen years old he became one of the youngest people ever to lecture at The Magic Circle. To make a better future, he attends school in order to study computer science but a life altering event took place when he was diagnosed with acute pancreatitis. He left his study of computer science and began taking drama classes at the Central School of Speech and Drama. In 2008, John incorporated Mr. Piffles into his show after he attended a party dressed as a dragon where he was encouraged by friends to bring the dragon costume to the stage. Dressing as a dragon and performing the show with cute Chihuahua was really an innovative concept, which was appreciated by the audience. After receiving many accolades for his performances on America’s Got Talent, he was signed to perform in Las Vegas.

The early career of John was not so easy, he encountered many challenges and seen plenty of ups and down in his career. But he did not give up and toiled hard to make his career as a successful star in the Sin City. To fulfill his dream he leaves no stone unturned and performed his show at pubs, bars, hotels, resorts and private parties. After toiling, eventually he launched his own show with the collaboration of fellow alumni of the CSSD Alexis Terry, Maya Politaki, and Lucy Cullingford; he co-founded theatrical cabaret company standnotamazed, becoming their artistic director. In 2008, he created the stage persona of Piff the Magic Dragon (a spoof of Puff, the Magic Dragon), dressed in a green, red and yellow dragon costume with self-deprecating humor and deadpan delivery. He is assisted by "Mr. Piffles", a chihuahua in a matching dragon costume.


Why watch the show?

Piff the Magic Dragon Las Vegas is excellent blend of jaw-dropping magic tricks and off-the-wall comedy. Watch his trusty sidekick, Mr. Piffles; steal the show when he escapes straightjackets, mind reads and so much more.