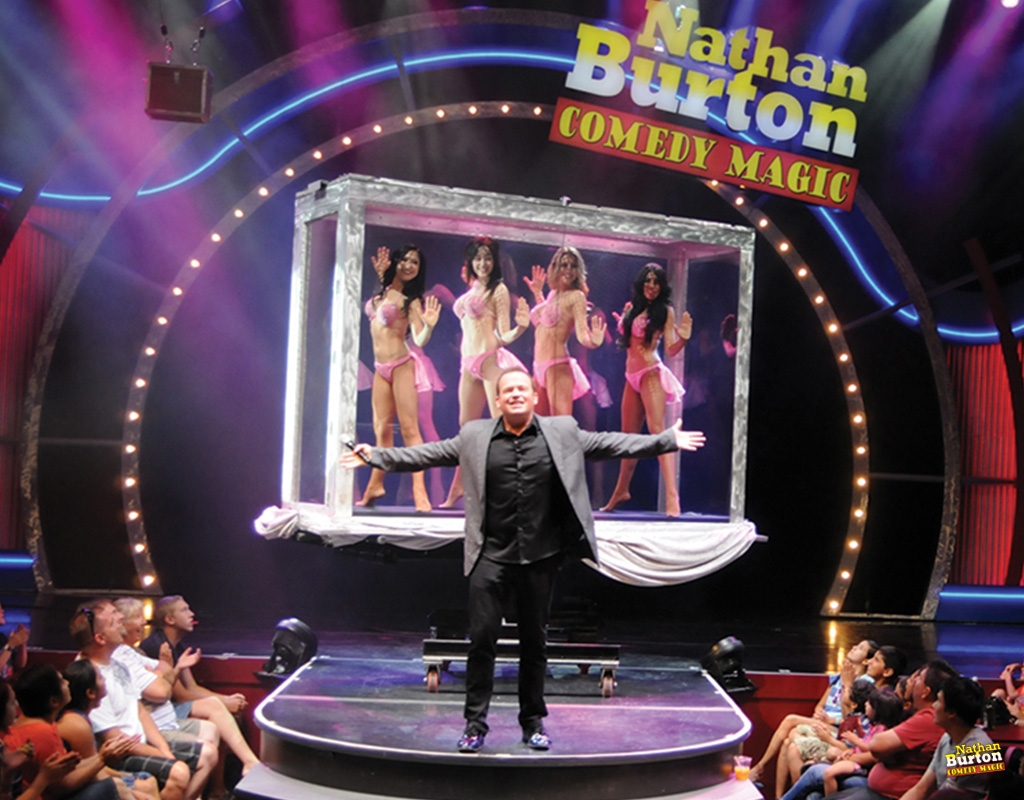 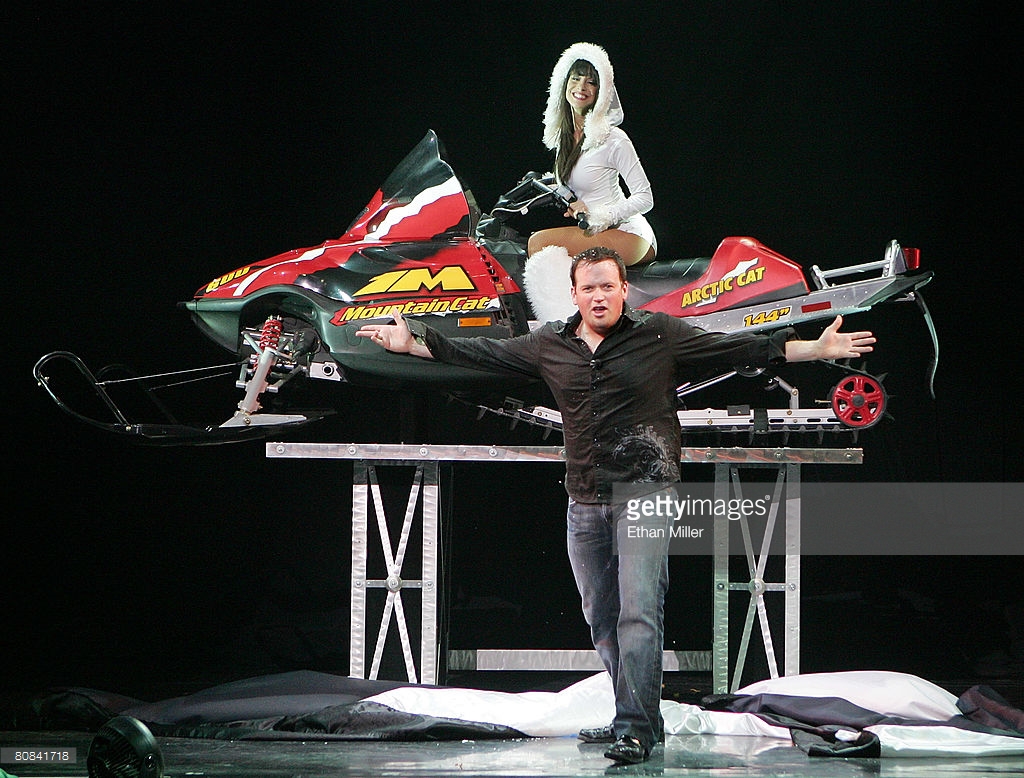 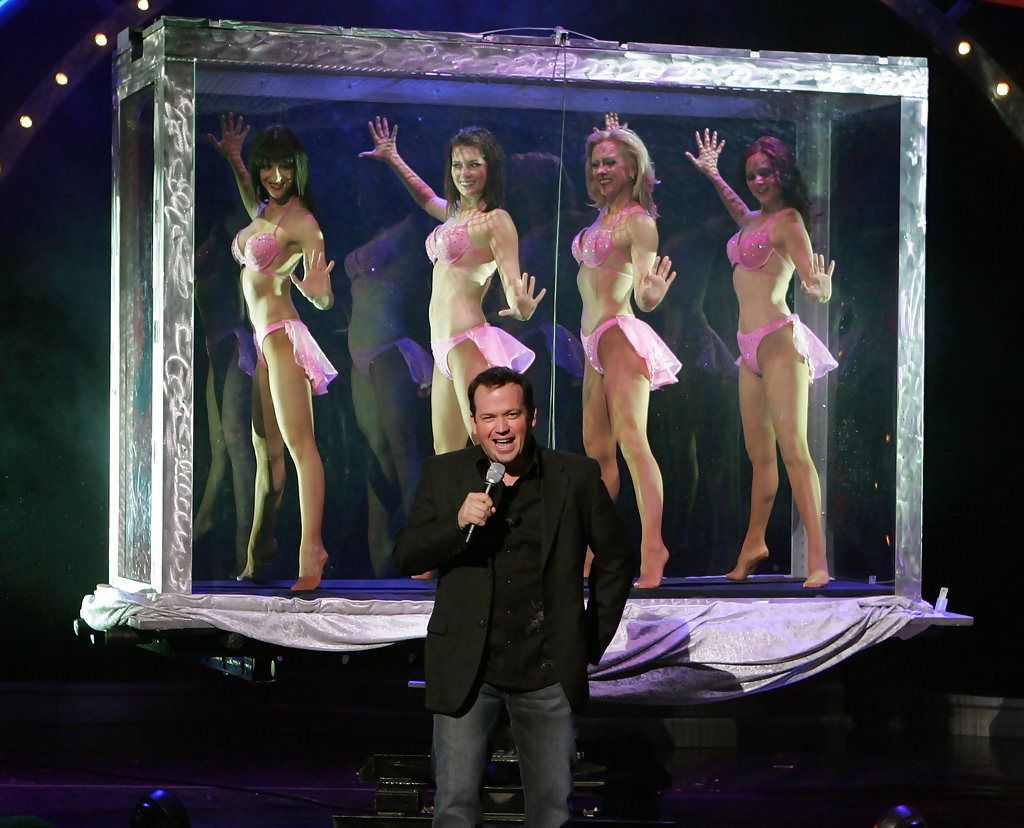 If someone asks you to describe the Las Vegas in the least possible word, then what would your best reply? Is it entertainment capital of world or sin city or city of light? Literally, Las Vegas is the city of ultimate fun and endless entertainment, where millions of people from around the globe come and enjoy the city with full enthusiasm. Entertainment show in the Las Vegas is always talk of the town, whether it is a comedy show, magic show or adult show, Las Vegas never disappoints you. Comedy magic show is very popular in Las Vegas, these types of shows are an excellent blend of magic and comedy, where veteran stars like Mac King, James Michael, and Nathan Burton perform the live show in front of a massive crowd.

Nathan Burton Comedy Magic show is a popular and highly entertaining show in the city. With boyish charm, comedy gimmicks, and fascinating magic tricks like a bowling ball, newspaper, and his famous snow magic, Nathan not only entertains the crowd but also keep them engaged. This guy has amazing talent to play with the mind of the audience which makes him one of the best entertainer in the city. The best thing about the show is that it welcomes all age of the group and no place for adult joke or fun. This means you can enjoy the show with your family and kids.

Childhood and early life of Nathan Burton- If we talk about the childhood of the Nathan, then it will not exaggerate to say that magic was his first love. Born in Oakland, California, Nathan discovered magic when he was just five years old. At the age of five, he learned a magic trick from his mother and turned a Nickel into a dime. Then at the age of five, this cute little boy decided that he will make his career in magic. The journey was never so easy for him, during his professional career he has to face plenty of challenges and ups and down but this boy was of different blood, with incessant toil and ironic will power Nathan won four first place trophies at international comedy magic show.

The turning point of his career-The best thing about Nathan was that, he took challenges as fun and leave no stone upturned to fulfill his dream. In the early 20, he performed his magic show in Europe and South Korea, where he amazed the audience by vanishing an elephant at night. Upon his returned, to the United state, Nathan performed in the Showgirls of Magic in Las Vegas. In 2005, more than 95 million people saw his show on E! Network and that show got massive praise and applause from all around the globe. On May 25, 2006, finally, he launched his own magic show, “Nathan Burton Comedy Magic” at the Aladdin Hotel & Casino, which later moved to the world-famous Flamingo showroom in April of 2008, where he shared the stage with Donny & Marie Osmond. Nathan again back to spotlight when he made his appearance in numerous TV show and season one of NBC’s America’s Got Talent. At the end of 2012, he moved Nathan Burton Magic Comedy show from Flamingo to his home at the beautiful Saxe Theater inside the Planet Hollywood Hotel & Casino’s Miracle Mile Shops. Now Burton is a popular star in the city and his show is extremely popular around the globe.

About Nathan Burton show- Nathan Burton Comedy Magic show is all about little mischief, comedy, magic and a lot of fun. Literally, there is no exact word to describe the beauty of the show. This show is perfect for all people and loved by an adult as well as kids. During the 90 minute show, Nathan performs incredible magic tricks, do little mischief with the audience in the show. In brief, this show is full of entertainment and tickles the funny bones of the audience.

Nathan performs the show as per his childhood memory. In the show, a huge empty Barbie doll box appears on the stage and suddenly a beautiful and sexy girl come out of the box. After that Nathan continue with the illusion and he uses a hair dryer to lift and elevate Barbie off the stage. The game of illusion does not stop here, some of his signature illusion include intricate stage props that appear and disappear from the stage. Several illusions have been choreographed with beautiful and sultry showgirls. The showgirls enhance the illusions and their dancing is synchronized nicely with the music to bring segments of the show to a climax. Their costumes will change from illusion to illusion and from skit to skit.

Nathan hosts his show in wonderful Sax Theater, that is quite nice for such show. The view of the theater is magnificent, with wonderful lighting and sound system the seating arrangement of the theater is for less than 300 people. The whole set was designed by veteran Andy Walmsley, who designed the set for American Idol and America’s Got Talent. The sound system is crystal clear, thereby audience can enjoy the show without any hassle.

Nathan Burton ticket information- If you are in the Las Vegas or planning to spend your vacation there, then it is advisable that don’t miss such fascinating and amazing show. This show is perfect for family- friends and open to all ages. The show is organized at Saxe Theater within the Miracle Mile Shops located at Planet Hollywood Hotel and Casino. Nathan Burton Comedy Magic Las Vegas show runs Tuesday through Sunday at 4:00 P.M.

Why you should watch the Nathan Burton Comedy Magic show-

• This show is an excellent blend of unparalleled magic tricks and comedy gimmicks, which tickles the funny bones of the audience.

• The show is full of entertainment, apart from magic tricks and comedy gimmicks, you will enjoy the best illusion show, fantastic music show, and acrobatic dance.

• The show is open for all age of the group, no matter how old you are, if you love comedy and magic then you must go there and enjoy it.

Nathan Burton Comedy Magic show is all about little mischief,comedy, magic and a lot of fun. Literally, there is no exact word to describe the beauty of the show. It is the best show for family,friends and relatives.